These popes held their offices for a pathetically short time 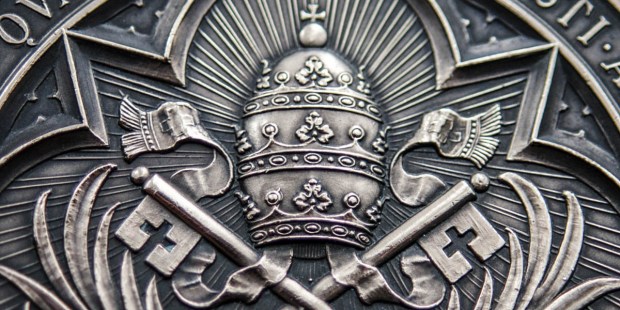 Hopefully John Paul I’s short reign will be the last of the “mini-pontificates.”

Though such popes as Leo XIII, Pius IX and John Paul II reigned for more than a quarter century each, quite a few papal tenures were pathetically brief. Some popes, in fact, have held the office for less than one month. These mini-pontificates are scattered throughout the various eras of Church history.

The first abbreviated papacy lasted just over one month and belonged to Anterus, a pope of Greek descent who served from late November 235 until the third day of the year 236. Anterus was long touted as a martyr, but more recent sources contend that he died of natural causes.

Pope Sisinnius was so severely afflicted with gout at the time of his consecration in January 708 that he was unable to feed himself. He died less than three weeks into his pontificate.

St. Valentine enjoys a massive legacy, but Pope Valentine has almost entirely vanished from history, as he died about a month after his consecration in August 827. There is no record of a single official act undertaken during his tenure.

Pope Boniface VI had a checkered past, but his pontificate was so brief that there was no chance for controversy to blossom. The gout-stricken pontiff died about two weeks after his April 896 consecration. It was a troubled time for the Church: The following year of 897 saw the appalling spectacle known as the Cadaver Synod, in which the body of the dead Pope Formosus was exhumed, adorned in papal vestments, and then put on trial.

Pope Theodore II sought to officially invalidate this ghastly Cadaver Synod and return the mistreated remains of Formosus to a proper burial. Rome was so volatile at the time, however, that Theodore’s act of decency might have cost him his life. The circumstances of his death are unknown, but Theodore died less than three weeks after his pontificate began in November 897.

Read more:
Pope Francis: “I think of when … I must say good-bye”

Pope Leo V was overthrown and imprisoned by an upstart antipope named Christopher several weeks after taking papal office in the year 903. Soon enough, Christopher joined Leo in prison, where both their lives would end violently.

Pope Benedict V reigned for about one month during May-June 964 before he was deposed and banished by an invading emperor. He was not treated brutally, but died soon anyway.

Pope Celestine IV was elderly and infirm when his pontificate began on Oct. 25, 1241. He died about two weeks into his tenure, leaving sweet little to show for a heavily contested papal election that saw cardinals “forcibly confined” within a “broken-down palace.”

Pope Adrian V succumbed to an illness five weeks after taking office in July 1276. Despite the brevity of his pontificate, he somehow made enough of an impression for poet Dante Alighieri to place him in his Purgatorio.

Pope Pius III succeeded Alexander VI, whose 11-year (1492-1503) pontificate of nepotism, corruption, and promiscuity made him the arch bad-boy of papal history. The ailing Pius III never even had a chance to redeem the papacy, as he died some 17 days after beginning his pontificate on Oct. 1, 1503.

Pope Marcellus II was touted as a cost-cutting reformer when his papacy began on April 10, 1555. But he was unable to realize his potential, as he died only three weeks into his pontificate, after overexerting himself during Holy Week.

Another would-be reformer, Pope Urban VII was in decent health when his papacy began on Sept. 15, 1590. However, after just one papal day he contracted malaria, which killed him in less than two weeks. His was likely the briefest of all mini-pontificates.

A member of the influential Medici family, the elderly Pope Leo XI became seriously ill right as his papacy began on April 1, 1605. He died by the end of the month.

The triumphant reign of John Paul II was nearly 300 times longer than the mini-pontificate of John Paul I, who died less than five weeks after his papacy began on Aug. 26, 1978. Though the 65-year-old most likely succumbed to a heart attack, his sudden death gave rise to wild rumors.

Read more:
John Paul I: It took him only 33 days to leave a lasting legacy

Almost 40 years after the demise of John Paul I, one can only hope that his is the final case in the sad tradition of the mini-pontificate.