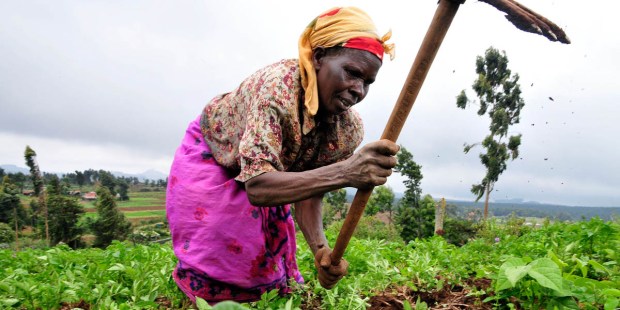 There’s good news, too: the Constitutional Court of Belgium has saved the law against “vulture funds.”

It seemed defeated, but it’s returning: the specter of public debt, which is once again threatening a whole series of countries in Sub-Saharan Africa.

Omnis Terra, the magazine and website offering in-depth articles and news analysis from Agenzia Fides—the information service of the Pontifical Mission Societies, which belongs to the Congregation for the Evangelization of Peoples—called attention to this situation last May when it published an article in Italian by Enrico Casale, with the eloquent title, “Foreign Debt in Africa: a Sword of Damocles hanging over millions of poor people” (“Debito estero in Africa: una spada di Damocle su milioni di poveri“).

The mechanism of debt

From 2007—the year in which the global economic and financial crisis exploded, as the result of the housing bubble in the United States—to 2016, loans granted to what are considered “low to middle income” countries jumped from 57 billion dollars to 260 billion dollars, according to Reportdifesa.it.

According to an analysis by the Jubilee Debt Campaign, which is based in the United Kingdom, the percentage of government revenue dedicated to the payment of debts by the poorest countries in the world rose by 60 percent between 2014 and 2017, and it has reached the highest level since 2005, the year in which the participants in the G8 meeting at Gleneagles (Scotland) approved the Multilateral Debt Relief Initiative (MDRI).

This time, too, the infernal debt mechanism is being driven by the same combination of factors that provoked the debt crisis at the beginning of the 1980s, 90s, and then 2000s: on one hand, a drop in the prices of raw materials, which in turn causes a drop in revenues tied to the sale of such materials; and on the other hand, a rise in the interest rates in the USA, which translates into a stronger and more expensive dollar. Since the loans are contracted in dollars, a crisis results.

Indeed, in the year 2014, the International Monetary Fund’s (IMF) price index of raw materials dropped by more than 40 percent, whereas the US dollar gain 15 percent in value, reports Reportdifesa.it.

The specter of debt threatens (among others) three East African countries: Kenya, Uganda, and Tanzania. While in Kenya the weight of debt has reached nearly a third of the gross domestic product or GDP (32 percent), in Uganda and Tanzania it has already surpassed half of the GDP—57 percent in Uganda and 63 percent in Tanzania—writes Reportdefesa.it, referring to data supplied by the news outlet The EastAfrican (January 17, 2018).

The situation of Uganda is surprising, although only to a certain point. While only three years ago the country’s debt was 6 billion dollars, today it has nearly tripled, rising to 15.1 billion dollars, according to The EastAfrican (March 23, 2018). President Yoweri Museveni, who has been in power since 1986, has, in fact, heavily invested in infrastructure projects, thanks to loans granted above all by China, which has by now become omnipresent on the African continent.

Debt also weighs upon Zimbabwe, where it has reached 88 percent of the GDP; the situation is even worse for neighboring Mozambique. For the former Portuguese colony, the ratio of debt/GDP is 299 percent.

Another example is Angola. The country — currently the second largest producer of oil in Sub-Saharan Africa — has obtained a six billion dollar loan from China. However, it comes at a high price: the loan raises Angola’s level of debt from 32 percent to 46 percent of its GDP, writes Enrico Casale in his article at Omnis Terra.

The site Linkiesta.it, which speaks of the “long and subtle grip” of Beijing, calculates that every one of the 28 million inhabitants of Angola owes 745 dollars to China. The most populous country in the world also owns more than half of the foreign debt of Kenya (55 percent) and more than two thirds (70 percent) of the bilateral public debt of Cameroon.

Nigeria, the greatest producer of crude oil on the continent, is in trouble. According to Casale, it is feared that in 2019 interest on foreign debt could surpass the revenue from crude oil sales.

It’s a pity that the funds obtained through these loans haven’t always been carefully invested, Casale says. In Mozambique, for example, a 2 million dollar loan was used to purchase inefficient security equipment for fishing boats that have never set sail.

In Ghana, one of the greatest producers of cocoa in the world, a loan of 1.8 million dollars, which was supposed to be used precisely to increase the production of the delicious beans, has evaporated. The government in Accra has had to request assistance from the IMF in order to pay its debts.

Beyond new initiatives that aim to cancel the debt of heavily indebted poor countries (HIPC), there is also another important piece of news.

Last May 31, the Constitutional Court of Belgium rejected an appeal presented by the NML Capital Fund, which requested nothing less than the annulment of the law approved unanimously (!) by the Belgian parliament on June 12, 2015, which places limits on the predatory activity of so-called “vulture funds.”

The Belgian law “regarding the fight against the activities of vulture funds” impedes the financial institution in question from obtaining payments greater than the price actually paid to acquire public debt securities in countries who have defaulted on their loans.

With the 2015 law, Belgium applied recommendation 1870 of the Council of Europe, which in 2009 called “the attention of governments to the risks for states and citizens, particularly in the poorest countries, of certain finance companies engaged in debt restructuring transactions, which are regarded as ‘vulture funds.'”

The recommendation “strongly condemns the action of these funds” and invites member countries in the Council of Europe to “reinforce their legal arsenal in order to curb the action” of such funds.

Renaud Vivien, legal consultant of the Committee for the Abolition of Illegitimate Debt (CADTM), has called this an “historical sentence,” the result of “a long political and legal battle against vulture funds.” “The States,” Vivien continues “have no more excuses, and must adopt laws similar to the Belgian one to put an end to speculation on debt.”

Spain could follow Belgium’s example. The new “Platform Against Vulture Funds” brings together numerous organizations and promises to fight for the adoption of legislation similar to that of Belgium.

The preferred target of vulture funds are, in fact, African countries. “According to the data supplied by the IMF, the amounts obtained by vulture funds represent between 12 percent and 13 percent of the GDP of the African countries,” says the Council for Human Rights’ consultative committee’s report on vulture funds’ activities and their impact on human rights, presented in July of 2016 by Jean Ziegler. An undeniably shocking statistic.