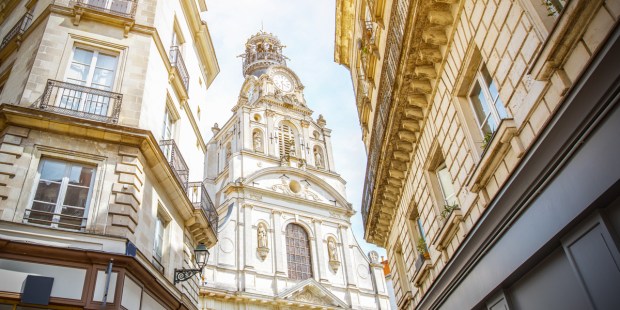 By RossHelen | Shutterstock
Share
Print
I.Media for Aleteia - published on 07/12/18

A conference titled “God no longer lives here?” is planned in Rome for this coming November, to tackle the issue of churches that are no longer used for sacred purposes.

The conference will be of paramount importance, said Cardinal Gianfranco Ravasi, president of the Pontifical Council for Culture, during a press conference at the Vatican.

In the face of a decline in religious practice, a decrease in the number of priests, and secularization, a number of religious buildings have been left abandoned or have been bought by individuals, a far cry from their initial use. The cardinal lamented the case of an old church in the Czech Republic, for example, that was turned into a night club.

According to the cardinal, the fact is that the number of churches is ″certainly superior to the current need.″ This phenomenon, he pointed out, affects rich and “highly secularized” countries such as Canada, the United States, or Australia, just as much as poorer countries such as India.

This is why, Ravasi said, it will be interesting to listen to the national experiences presented by the local bishops’ conferences, right from the very first day of the conference.

The ″burden″ of real estate

According to the new president of the Administration of the Patrimony of the Apostolic See (APSA), Bishop Nunzio Galantino, who was up until recently the Secretary General of the Italian Episcopal Conference (CEI), the Church in Italy – and its 65,000 churches linked to parishes – has an “interest in participating” in this conference. Faced with the changes of context mentioned by Cardinal Ravasi, the ownership of these buildings, for which the APSA is responsible, is becoming a “burden.” That is to say, it is first of all an economic problem, but also a social and cultural one.

The conference will be held November 29 and 30 at the Pontifical Gregorian University in Rome.