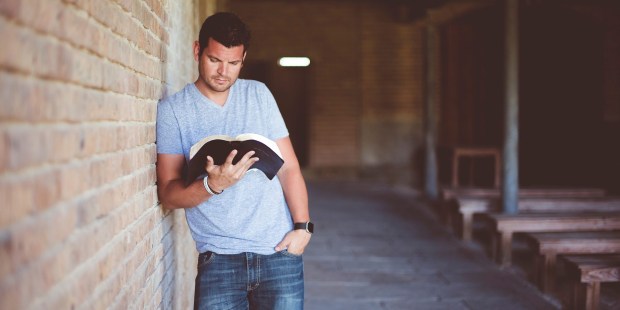 At a time when more Americans seem to be disengaged from organized religion, there appears to be an uptick of curiosity in the Bible.

“More Americans are expressing interest in the Bible, and they’re increasing their interaction with the Bible,” said Arthur L. Satterwhite, a senior manager at the American Bible Society, where he oversees its work to reach youth and Millennials. “There’s a growing appetite for this book within American culture. For us that’s encouraging. That doesn’t mean there aren’t still barriers preventing people from reading or being impacted by this book. There are, for sure, but the fact that so many people are increasingly looking to spend more time in this book is really encouraging.”

For example, 70 percent of those who would be considered “Bible neutral” are interested in spending more time with the Bible, Satterwhite said in an interview. “These are people who interact sporadically, but the Bible has little spiritual influence on their lives, and it’s not really influencing them in their growth. The fact that this audience alone is saying ‘Hey we should be spending more time with this,’ that’s really encouraging.”

Satterwhite was commenting on the 2018 State of the Bible study conducted on behalf of the American Bible Society by Barna Research. The survey, conducted in January, finds that 66 percent of Americans express some curiosity to know more about the Bible, including 29 percent who express a strong desire. And 63 percent say they are interested in knowing about who Jesus is, while 31 percent are strongly interested.

Barna also finds that about half of Americans are “Bible users”—that is, they engage with the Bible on their own by using, listening to, watching, praying or using Bible text or content in any format (not including use at a church service) at least three to four times a year (48 percent).

“Bible use has remained relatively consistent since 2011,” the research organization said. “Adults who use the Bible daily account for 14 percent of the total adult population, followed by 13 percent who use it several times a week, 8 percent who do so once a week, 6 percent about once a month and 8 percent who use it three to four times a year.”

Another interesting finding is that 58 percent of Americans believe that the message of the Bible has transformed their life.

That’s certainly the case for Fr. Brian Cavanaugh, who ministers at Franciscan University of Steubenville, Ohio.

“I’m not an expert, I’m just a stumbling practitioner,” said Fr. Brian, author of Paulist Press’ “Sowers Seeds” series. “But I have read it completely cover to cover two and a half times, and it changed my life, especially those power verses: they jump up and stare you in the face. And then you have to figure out what you’re going to do about it. The one that jumped up for me changed my life about 35 years ago. I’m still trying to figure out how to fulfill that one every day.”

That verse is 1 Thessalonians 5:11-18, which includes the exhortation, “Encourage one another and build each other up.” Fr. Brian discerned that this passage would be the road map for his life’s mission, and he ended up being an athletic chaplain, which involved a lot of encouraging, counseling and consoling.

“I’m chaplain to the rugby team, and we have Mass every Friday night in the friary,” he said. “It’s fascinating how during the fall semester, the first readings all speak about sports concepts. St. Paul said so much that you can use in sports. Especially virtues.”

Nowadays, that’s more important than ever, he feels.

“At least from the growing sense of students that I deal with, a lot of them who come in here are lost,” he said. “They have no sense of values. They come from this ‘Do as you please’ [mentality]: ‘If it feels good it has to be virtuous.'”

But Franciscan University integrates Scripture throughout its curriculum, and organizations like the Fellowship of Catholic University Students (FOCUS) put a heavy emphasis on Bible study groups. Through the study of Scripture, students get “some sort of clarity on how they’re going to live,” Fr. Brian said. “A lot of them continue into Bible study. … Some take it further and read the daily office, which is basically reading Scripture — going through the Psalms — that becomes a way of life.”

The priest has developed a Bible-reading method, and when hearing confessions, he gives penitents a Scripture verse to take away with them, to meditate on. “I say, ‘You may even want to read some of the other parts around this if that verse really sticks to you,'” he said. “You kind of challenge them to read more. And next time maybe not just read it but even to pray with it and see if it catches.”

The American Bible Society’s Satterwhite believes there are a number of factors contributing to the increasing curiosity about the Bible, including an increase in technology and an uptick in faith-based stories being told and retold by Hollywood and television. There was a Bible miniseries on TV a few years back, and a movie about Samson last year.

“We believe what the Bible says: ‘When [the Word] goes forth it doesn’t come back void.’ So there’s some impact happening,” Satterwhite said. “According to our research, 97 percent of adults say that as they’ve read it and begin to revise their lives, it encourages them to be more generous; it encourages them to be more patient; it encourages them to do things like serve the poor. They feel a sense of peace or hope or encouragement. These are good things that people, as they’re beginning to question or re-imagine whether this book has importance or relevance in their life, they’re finding that, yeah, there are good things that come out of making it a daily habit to engage with this book.”