Pew Poll searches for reason behind declining US Mass attendance 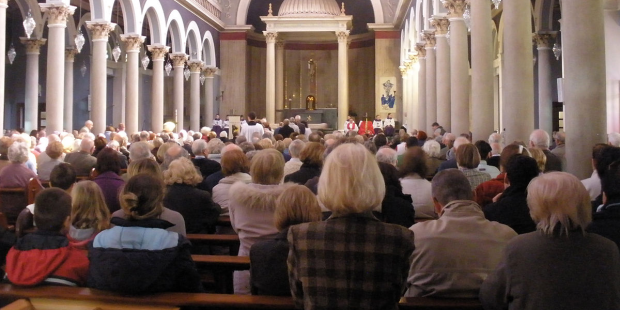 While regular attendees do so for the same reason, those who rarely go to church have varied reasons.

Recent years have seen a downward trend in American church attendance in all Christian denominations. A new Pew study, undertaken to explain this trend, found that the most common reason regular attendees continue going is to feel “closer to God,” but the reasons people gave for not attending were far more varied.

About 3 in 10 who do not go to religious services cited lack of belief as the reason, while others who do not attend say that they practice their faith in other ways. Those that identify themselves as religious but who do not attend Mass say they have not found a church they like, or they do not like their local priest’s sermons. There were also those who cite schedule, disability, or illness as factors which keep them away.

About three-in-ten non-attenders say they are not believers, while 22% cite logistical reasons for not going to religious services, such as not having the time or being in poor health. And fully a quarter of those who infrequently attend religious services say none of these factors is a very important reason why.

The report found that 7 in 10 Americans who do not attend services for reasons other than “lack of belief” identify themselves as people of faith, and 6 in 10 identify themselves as Christian. Demographically, the majority of these are older women, with less education. Conversely, the majority of those who cited “lack of belief” were younger, highly educated men.

The survey asked those who attend regularly for an explanation, for which roughly 80% answered to become “closer to God” while roughly two thirds said their attendance was to give their children a strong moral foundation, to become better people, and for comfort in times of sorrow. Smaller majorities said they went for valuable sermons and being a part of a “Communion of Faith.” This answer, however, was more common in Protestants.

Overall, those who say they do not attend religious services because they don’t have time are younger than other non-attenders. Roughly 7 in 10 of these were under the age of thirty. Of those who attend services regularly in the same age group, about 30% of them cited social reasons for attending frequently.