Are you letting indifference take over your life? 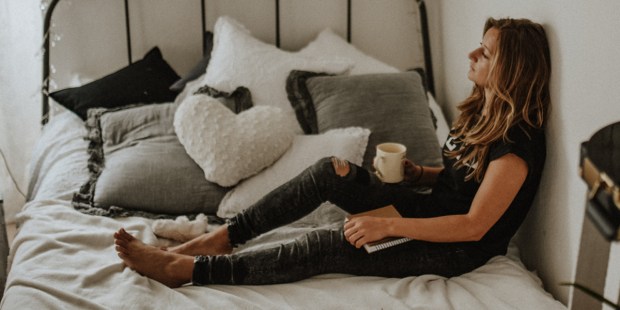 We can learn from the life of St. Maximilian Kolbe, whose refusal to give in to apathy saved many lives.

Some days, there simply isn’t enough coffee in the world. The daily grind has you numb and the day blends in with every other day while you wait for the weekend to veg out. Whole weeks can disappear and life simply slides past. Enough days in a row like this and soon it’s a full-blown case of apathy.

One of the blessings and curses of modern life is how comfortable we are. We have air-conditioning, pizza delivery guys, and unlimited entertainment options. It’s a blessing to have so many comforts, but those same comforts can also make us numb. It’s hard to walk down to the voting booth when Netflix just uploaded another season of The Crown. It’s time to hit the gym but Starbucks just started selling pumpkin spice lattes again. Even getting to church is tough when the breakfast place around the corner has all-you-can-eat pancakes.

All of this comfort feeds into a habit of indifference. I say this from personal experience, and have long been a conflicted adherent of taking the easiest path possible in any situation. In school, I would resolutely refuse to raise my hand and volunteer any information. I will ignore a looming argument with a friend and wish it away instead of speaking openly. I prefer the ease of my daily routine rather than taking time away for a spiritual retreat. I’d much rather subside into toleration of my flaws than rouse myself to fighting against them. These behaviors are signs of apathy.

My patron saint Maximilian Kolbe, whose feast day is this week, wouldn’t be happy with my indifference. Maximilian lived in Europe during the ascendancy of Nazi Germany and was eventually put to death in a prison camp during World War II. You would think that if anything would cause people to break free from indifference and get motivated, it would be to rise up and stop the evils of National Socialism, but in fact many people were apathetic about the ascendancy of Hitler. He didn’t initially come to power and then begin expanding through Europe through overwhelming force or popularity. It happened because not enough people were willing to put in the energy to oppose him.

Maximilian was not one of those people. He regularly spoke out against the Nazis. He wrote articles about it. He talked on the radio about it. During the war he even sheltered thousands of Jews from arrest in his monastery. For his troubles, he himself was eventually arrested and he paid the cost for speaking up.

I suspect that is why I so often fail to raise my voice to make a difference — because I know there will be a cost. Anytime you take a stand or act on a belief, it will cause disagreements and create pushback. It takes a strong will and courage to stand out from the crowd. Maximilian’s example is extreme, but even if you were to, say, reach out to a friend is struggling, you may be rejected or told to mind your own business. If you accept a new challenge, you may fall short. Indifference seems easier and safer.

The only thing is, to give in to apathy in the long run exacts an even higher cost. “The most deadly poison of our times is indifference,” Maximilian said. For him, it was the rising specter of war and death camps, but for us it may be other forms of social injustice or, more personally, spiritual and emotional stagnation. Psychologically, indifference actually causes us to lose the ability to feel emotions and saps us of our energy. Being indifferent isn’t a sign of contentment, it’s a sign that you have given up on your dreams.

As dark as the world seemed at the time, Maximilian refused to give up because he had hope for the future. His hope carried him to heroic self-sacrifice, and some of you may already know that his story is more complicated than simply dying in a prison camp. While in the camp, a prisoner escaped and the guards punished the other inmates by condemning 10 of them to death by starvation in a bunker. One of the ten was Franciszek Gajowniczek, who began to weep. Maximilian then stepped forward and said, “I wish to die for that man. I am old; he has a wife and children. I am a Catholic priest.” He was motivated to make a difference. He always kept his hope, for himself, for the man he was saving, for humanity, even for life after death.

To combat apathy, we too can recover our hope by refusing to give in boredom and aimlessness, by seeking out rewarding challenges, renewing friendships, standing up for what we believe in, and renewing goals for the future. When we have hope, we are much more willing to live energetically and boldly. Whatever else our lives are, they are precious and they are fleeting. Each moment is valuable, each action of infinite meaning. Knowing this, how can we possibly live in apathy?

Read more:
Maximilian Kolbe and the Redemption of Auschwitz