Syrian monastery whose nuns were abducted reopens to visitors

It’s a story whose origins are shrouded in antiquity, but the general theme is that St. Thecla was so taken by St. Paul’s preaching on virginity that she refused an arranged marriage. She prayed to God for mercy as soldiers were about to capture her and return her to her noble pagan family. A rock suddenly divided, allowing her to pass through into a grotto, where she lived for the rest of her life. She dug a spring, and sacred waters sprang forth. She healed the sick and preached the faith. 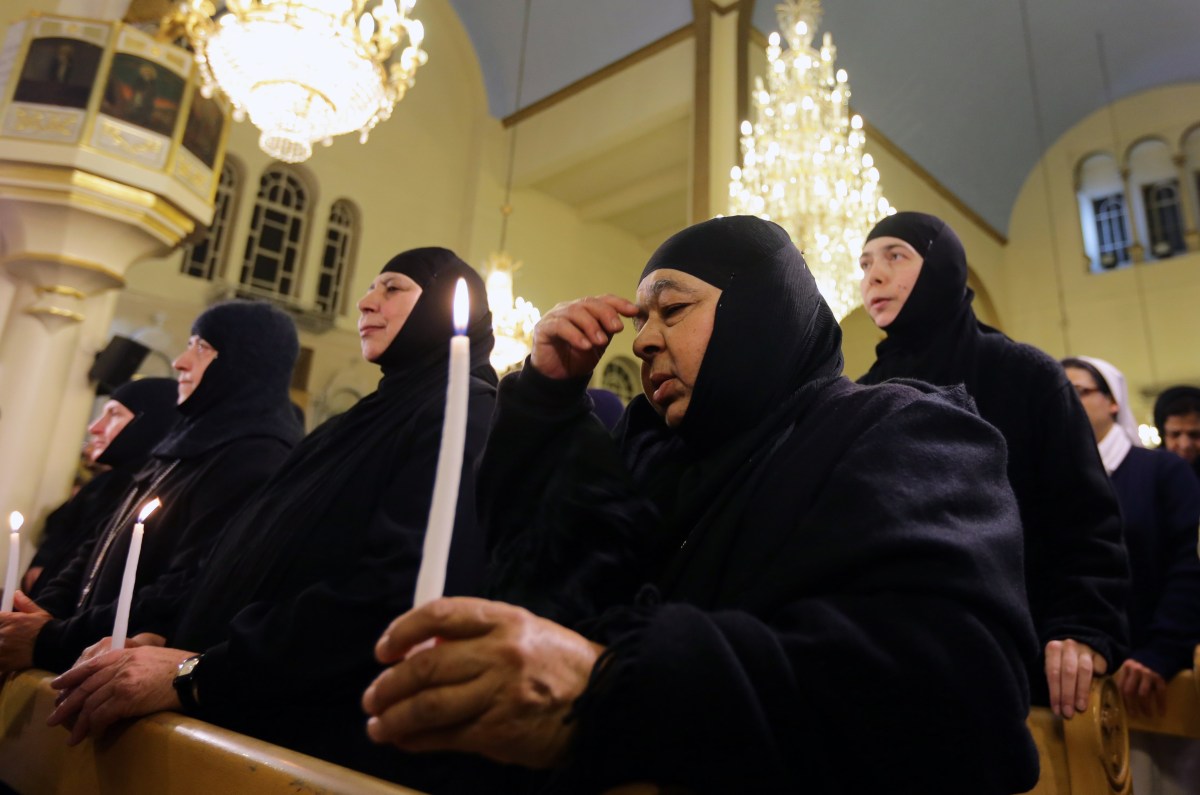 Reportedly, her remains are in the the Greek Orthodox convent of St. Thecla in Maaloula, Syria, about 34 miles from the capital, Damascus. Maaloula means “entrance” in Aramaic, a reference to the miraculous opening in the rock by which Thecla was saved. It’s a name that has appeared in the news in recent years.

Because Maaloula is surrounded by mountains, two elements of its culture have remained strong throughout the centuries: Christianity and the everyday use of the Aramaic language. Maaloula has a Christian majority, divided between Antiochian Greek Orthodox and Greek Catholic communities.

And yet, Muslims also venerate St. Thecla, and many of the prayers offered in her grotto are preceded by Qur’anic recitations, according to the Patriarchate of Antioch, which is responsible for the monastery. As a result of prayer here, childless Muslim couples have been blessed with children. Some of these couples would even have a longed-for child baptized as a mark of reverence for the saint, the patriarchate said.

In recent years, Maaloula has suffered from the conflict between Syrian rebels and the Assad regime, as well as a more radicalized form of Islam that arose across the region. The Nusra Front, a group with ties to Al Qaeda in Iraq, invaded Maaloula in September 2013. The Melkite Monastery of Sts. Sergius and Bacchus was badly damaged by heavy shelling. Three thousand residents fled the small town, leaving only Muslims and the monastery’s 40 nuns, 12 of whom were kidnapped.

The nuns were released in March 2014, and now there are reports that they are returning to the monastery and reopening it for pilgrims.

“Everyone was very worried about the nuns; everyone really loves them,” said monastery chaplain Fr. Ilias Ades. “The parishioners are warmed by their spiritual warmth. I returned here from Damascus as soon as I heard that the area was freed from terrorists,”

He said reconstruction work on the monastery is nearing completion.

“Maaloula has revived; the church has revived—look, see how many tourists we have,” he said. “Ninety percent of the reconstruction is already done. Syria is gradually becoming a peaceful country. How can you not but rejoice.”

Maaloula was freed from militants in 2014, after which the restoration of the town and monastery began.

The monastery is a UNESCO World Heritage Site. Also of interest in Maaloula is Our Lady of Saydnaya, a monastery said to possess an original icon of the Virgin Mary made by St. Luke.