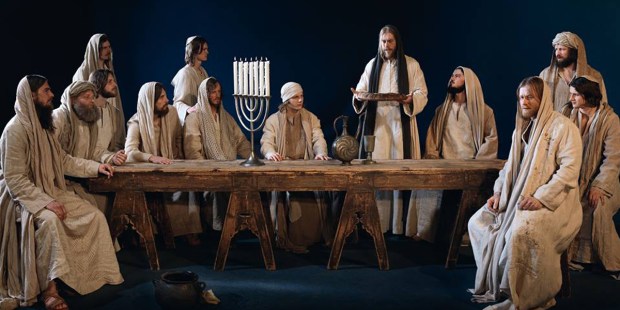 Oberammerguau, a tiny city in Bavaria, has been staging the Passion of Christ every decade for the past 380 years.

The tiny city of Oberammerguau, located in the mountains of Bavaria, Germany, is known for its talented wood carving craftsmen, its NATO School and the 380-year-old tradition of Passion Plays.

During the 17th century, Oberammerguau, like much of Western Europe, was dealing with the deadly spread of the bubonic plague. According to a local tale, its citizens vowed to God that if he stopped the spread of the disease they would stage a theatrical play honoring Jesus’ Passion every ten years. A few months later, the death rate in Oberammergau declined, so its citizens kept their word. The first Passion Play, written by a group of Oberammergau citizens, was performed on Pentecost day 1634 on a stage built near the pestilence cemetery where many plague victims had been buried.

Since then, the four manuscripts that form the play’s text—originated by combining a Passion play from the 15th century and a Christian Reformation tragedy by Sebastian Wild—have been staged by Oberammergau people every 10 years, with the exception of 1940 due to World War II.

The performance, covering the last days of Jesus from his arrival in Jerusalem to his crucifixion through dramatic text, music and live tableaux vivants, is repeated every few days for five months. Parts of it include tales from the Old and New Testament—such as King Ahasuerus rejecting Vashti in favor of Esther or the sale of Joseph as slave in Egypt—to put the Passion of Jesus into a wider context.

The Passion play is performed by local actors—rule has it that one has to be born or have lived in Oberammergau for at least 20 years to get a role in the “Passionsspiele”—who take hours off their day jobs to attend the year-long rehearsals that leads to the months-long summer event. The cast usually is made up of 2,000 people, including 450 children, who wear the same costumes designed for the original 1634 play.

The next Passion Play will take place in the purpose-built Passion Play Theater in 2020, but preparations are already underway at full speed.

“At the moment, we are establishing who is entitled to join and which residents want to act in it,” artistic director Christian Stückl told the German newspaper Deutsche Welle, adding that the text, music and design will be staged so to give a contemporary interpretation of the meaning of the Passion. “It’s important that the play always reflects the times we live in.”

In the past, the Passion Play has drawn visitors from all corners of the planet, including American automotive mogul Henry Ford, who visited the 1930 performance.

A total of 103 performance days are planned for the 42nd installment of The Oberammergau Passion Play, from May 16 to October 4, 2020,  with an estimated 500,000 visitors expected from all over the world.