Understanding the Church in the Baltics: What the pope will find this month 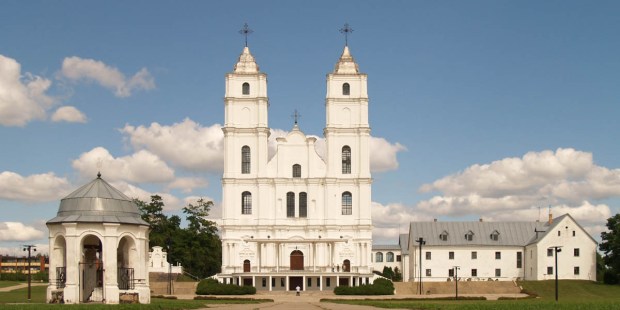 From rule by Russian czars, to WWII Nazis, to Soviet Communist: Latvia, Lithuania, Estonia share a common history and a complex situation of faith.

Latvia, Lithuania, and Estonia share similar histories: All three were part of Czarist Russia, occupied by the Nazis during World War II, and spent decades under Soviet Communist rule before becoming independent in 1991. That history left its mark on the people of the region and the way local Christians relate to their faith. During his September 22 to 25 trip to the region, Pope Francis will see firsthand the effect those decades have had on the Church in the Baltic region.

Father Peteris Skudra, director of Radio Maria Latvia, told Aleteia the Soviet occupation of that country had two big effects: It united all Christians in underground resistance networks and prayer groups, and it caused a generational gap in the transmission of the faith.

That generational gap and a deeply entrenched sense of private life vs. public life means many Latvian Catholics struggle to connect their faith to their daily life. “We are a country with Christian roots, but for many there is no daily relationship with God,” said Fr. Skudra.

Thanks to the work of the underground prayer groups during Soviet years, Latvian Catholics have at the very least a cultural connection with their faith. The highlight of the year for Catholics and other Christians is August 15 (the feast of the Assumption), when a national pilgrimage to the Mother of God shrine in Aglona takes place. There people connect with their Catholic heritage. “We get many people coming to confession during the pilgrimage who tell us their last confession was one year ago during last year’s pilgrimage,” Fr. Skudra said.

The shrine and the Marian devotion it promotes is a reminder of how hard Christians struggled to keep the Church alive in their country. In the 17th century the Dominican friars living in Aglona brought the icon of the Mother of God to their home and built a church around it in 1768. The icon is considered to have healing powers and has been a source of popular devotion and pilgrimage for Catholics since the image was first installed. Under Soviet rule, especially toward the end of the regime, Catholics made covert pilgrimages to the shrine, praying for their country.

Once the Soviet regime fell in the early 90s, Aglona was still an “important place because there were not many other options for retreats. This pilgrimage was important,” Fr. Skudra said.

Today Catholics, Orthodox and even Lutherans attend the services at the shrine on August 15.

Pope Francis will visit the shrine and celebrate Mass at Mother of God shrine in Aglona on September 24.

Fr. Skudra said the work of re-evangelizing Lativa and helping people connect their faith to their daily lives is happening through the work of organizations like Radio Maria and lay led groups like Alpha and Encounter of Married Couples. He said having lay people discussing everyday issues through the lens of their faith in a non-dogmatic way resonated with Latvians.

Still, only about 55 percent of Latvians identify as Christian.

Read more:
Pope explains why Satan is attacking not only Christians but all people

In Estonia the situation is even more challenging. About 75 percent of Estonians claim they have no religion and less than one percent of the population is Catholic. Ecumenical collaboration is a necessity to relieve what Estonia’s Apostolic Administrator Philippe Jourdain calls the “spiritual insecurity” Estonians live with.

Bishop Jourdain told Italy’s Agenzia Sir that he and the Lutheran Bishop Urmas Viilma submitted a joint invitation to Pope Francis to visit Estonia. To highlight the solid ecumenical relationships in the region Pope Francis will take part in two ecumenical encounters during his trip: one at the Cathedral in Riga and one with young people at Charles Lutheran Church in Tallinn.

In Lithuania, despite having a similar history, the Church has fared better.

Approximately 89 percent of Lithuanians are Christians, and of those 77 percent are Catholic. Here, too, the decades of occupation by Russians and Soviets led to an underground network of Christian activity. The Christian faith and the country’s political independence are seen as intertwined to some extent. A chapel in Vilnius dedicated to Mary as the Mother of Mercy is a national reminder of the struggle for Lithuanian independence.

The image of the Virgin Mary as the Mother of Mercy has been on display in the same place since the 17th century when a wall was built around the city. Each gate had an image hanging over it. The image of the Mother of Mercy hung over the gate known as The Gate of Dawn and survived two fires, the destruction of the wall, WWII, and the Soviet occupation. It is the only image from the fortress wall that survived. The chapel is now dedicated to Lithuanians who died for their faith and their country. A replica of the image was installed in a dedicated chapel in the Vatican Grottos in 1968.

Pope Francis will visit Mother of Mercy shrine in Vilnius on September 22.

On September 23 he will visit the former KGB headquarters in Vilnius — one of the many places Blessed Teofilius Matulionis was imprisoned before he died of poisoning in 1962.

Blessed Teofilius Matulionis was born in Kudoriskis, Lithuania, and became a priest in 1900 in St. Petersburg, Russia. (Lithuania was part of Russia at that time) He spent a total of 17 years in prison first at the hands of the Russians, then at the hands of the Soviets who sought to stamp out all religion. Despite being in jail he was secretly ordained a bishop in 1929 and only returned to freedom in Lithuania in 1933. By 1946 he was in jail again because he refused to cooperate with the Soviets. In the 60s they denied him permission to go to the Second Vatican Council. In 1962, after a KGB inspection of his apartment, he was injected with poison and died.

The former KGB headquarters and jail in Vilnius is now the Museum of Occupation and Freedom Fights.

Read more:
The easiest (and hardest) languages to learn according to the U.S. Foreign Service