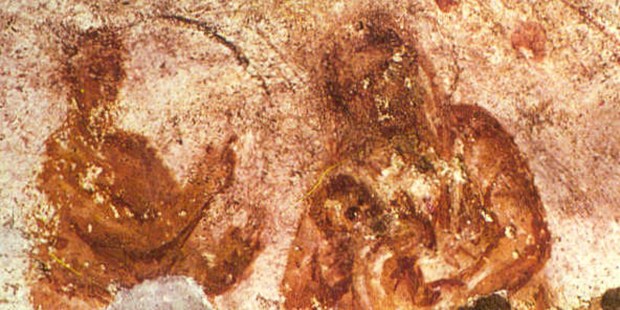 The discovery sheds light on the lives of early Christians.

The Catacombs of Priscilla, located beneath Rome’s Via Salaria in what used to be a quarry, were used for Christian burials from the late 2nd century through the 4th century, back when Christianity was not recognized as a legitimate faith.

Named after Priscilla, the wife of Roman Consul Manius Acilius Glabrio—who according to a local tradition was killed by the order of Domitian after he converted to Christianity—these ancient catacombs have been a constant source of discovery for archaeologists trying to shed light on early Christianity. Both Pope Innocent X and Clement IX sent archaeologists to dig Priscilla’s tunnels as early as the 17th century and found some images, including one of a woman with a baby which may be the first depiction of Virgin Mary ever found.

Last week, the catacombs were once again a source of wonder for the archaeological world when Fabrizio Bisconti, a Professor of Christian Iconography at Rome University, and his team found a rare pendant dating to the 4th century. The oval object, decorated with the face of a noble woman wearing a richly decorated robe, is made of black and white onyx and was found inside a funerary chamber in the main tunnel of the catacombs.

According to Bisconti, it was probably a family relic that belonged to the noble ancestor of someone who was buried inside the catacombs in the early 4th century, when Emperor Maxentius ordered persecutions against Christians and ordered Pope Marcel I to convert to paganism—when he refused, Maxentius forced him to become a slave for a period. The find is the result of a pedagogical research process started two years ago by the Pontifical Commission of Sacred Archaeology, of which Bisconti is a superintendent, together with archaeology students from Rome University.