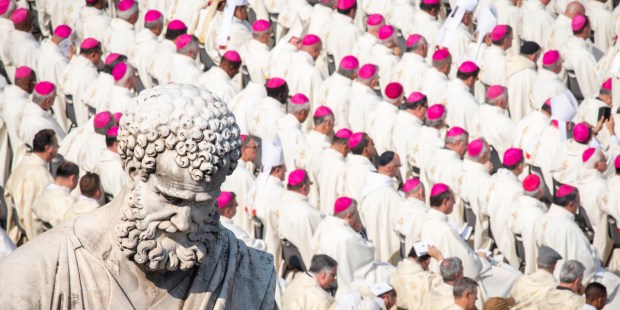 A look at some interesting Church statistics and comparisons by continent

World Mission Day is this Sunday, October 21, and as every year on this occasion, the Fides News Service provides statistics to give a panorama of the missionary Church all over the world.

The numbers are taken from the Church’s Book of Statistics, (updated to the end of 2016).

For those who like to consider the numbers, these statistics show interesting data such as:

Only in Europe is the number of Catholics going down. But in Africa, there was an increase of more than 6 million!

The world percentage of Catholics is thus 17.67 percent.

The average number of Catholics per priest is 3,130, as the number of priests in the world decreased this year to 414,969. Again, Europe is the only continent with a major decrease, though America also had fewer priests, while Africa and Asia both had more priests this year than last.

There was an overall decrease in the number of women religious, to 659,445, but again Africa and Asia saw growing numbers.

When it comes to education, the Church has millions and millions of pupils: More than 7 million of the youngest students, and 35 million primary schoolers; some 19 million secondary schoolers; 2.5 million high schoolers and 3 million university students.

The Church also continues to be a leading global health care provider. There are more than 5,000 Catholic hospitals, with more than 1,500 of them in the Americas and about that same number in Africa. In addition to hospitals, there are a wide range of other health institutions, from pharmacies to leprosy care homes to homes for the elderly and disabled.