Since last year, something is going on with the Bible in Washington, D.C.

Courtesy of Museum of the Bible

The Museum of the Bible in the capital of the United States turns one year old.

It’s the third largest museum in Washington, and the biggest museum dedicated to the Bible in the entire world. Since its opening, agnostics, atheists, and people of all creeds have been crossing the threshold of the museum daily (it only closes three days a year) and entering one of the most innovative museum adventures in the world. 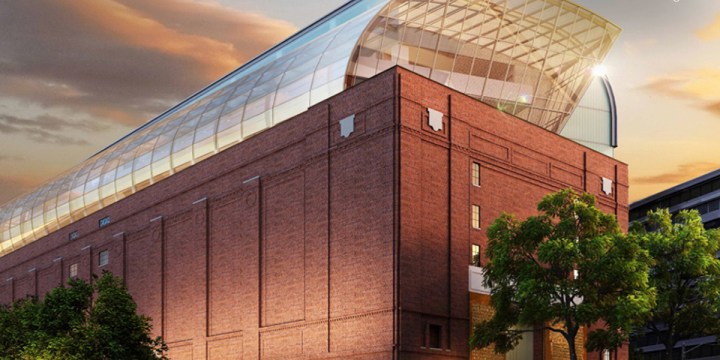 What makes it special isn’t just the cutting-edge technology, or the unique manuscripts and objects it houses, but also the number of perspectives from which it presents the Bible, the most famous and most translated book in the world.

The Museum of the Bible, an enormous building several stories tall, is found in the center of the capital of the United States, and it isn’t a typical exposition space. In this building there are sections dedicated to everything from the Bible in fashion to the Scriptures’ relationship to sports, in addition to curiosities and unique objects.

Among the most inspiring elements for visitors are Elvis Presley’s copy of the Bible and a rare copy of the Slave Bible, a version of which omitted the first part of the Book of Exodus so that the slaves wouldn’t relate the Word of God with liberation.

The museum has a room where you can listen to the Bible and follow along with the text at the same time, as well as a theater that immerses you in biblical stories. Also on display are technological devices that allow you to discover which words related to the Bible are most commonly searched for in any country, such as hope, love, freedom, or God.

The museum teaches, but also listens. A booth allows you to close the door and give your testimony on camera, recounting which Bible passage has changed your life.

The museum’s goal is to be a space that invites people to interact with the Bible and to learn about it, and to this end it has a top-notch research laboratory to verify the authenticity of the objects in the exhibits.

The museum’s director, Cary Summers, believes that making the Bible accessible is “a duty and a responsibility,” and he celebrates the fact the people of all kinds have shown interest in the Museum. There is a notable Catholic presence in the exhibits; in fact, there’s an exposition space on the first floor dedicated exclusively to remarkable items from the Vatican Museums.

The museum doesn’t receive any financial support from the government, and is sustained by the donations of its visitors.

Even the museum’s restaurant has a biblical name—“Manna”—and it offers recipes inspired in the Bible. The rooftop garden cultivates plants and herbs that appear in the sacred Scriptures.

The museum has only been open for a year, and its doors never cease to open to welcome people from around the world who are interested in learning the secrets of the Bible, the most loved, most criticized, most sought-after, and still today most translated book in the world.