From the 1967 Christmas carol “Old Toy Trains” by Roger Miller to the book-turned-movie The Polar Express, popular culture isn’t short on train-themed Christmas tales. But many of us might sometimes miss the Christian metaphors in some of these stories. For example, The Polar Express, which tells the story of a boy who is about to lose his faith in Santa but changes his mind after a wondrous dream where he is taken to the North Pole, has been interpreted as a metaphor for Christianity. The protagonist is in fact granted the possibility of seeing Santa only when he stops doubting his existence, something that some critics see as a parallel to what happens when one has faith in Jesus. And most of all, a train ride is a perfect metaphor for a journey, which every Christian believer is asked to take in order to get to know God. Christmas-themed train rides are thus a precious occasion to introduce some of these concepts to young Christians, in a fun and enchanted way.

Click on the gallery below for some wondrous Christmas train rides around the U.S.: 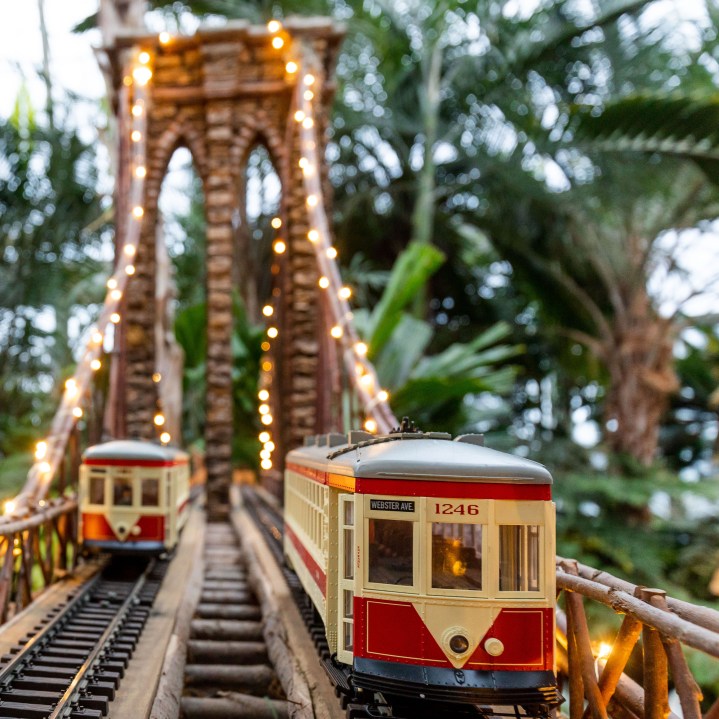