Top photos of Pope Francis from 2018

The men chosen by Christ to be his vicar carry their weighty responsibility on human shoulders.

Aleteia’s Antonie Mekary has captured hundreds of images of Pope Francis over the years. Here are a few favorites — from laughing Francis to fatherly Francis, Francis losing his special pope hat in the wind and having his cassock blown amok, to Francis learning, praying, and placing his sins in the hands of the merciful Father.

They are beautiful images that reflect the humanity of the man chosen by Christ to be his representative in the year ahead, and the grace of the Spirit that accompanies him. 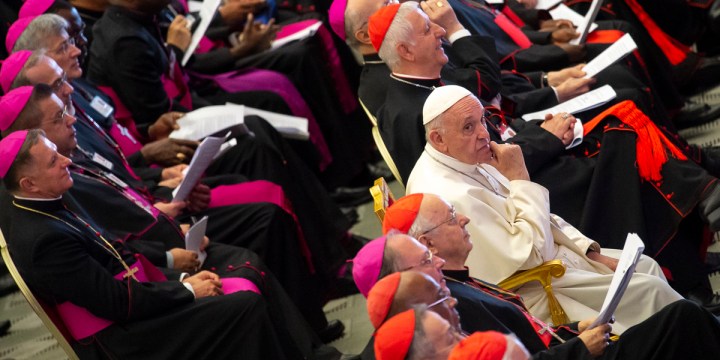 Jesus surrounded himself with disciples, charging 12 of them with a special role. But it was Simon alone that he named Peter, the “rock” of his Church. He instituted him shepherd of the whole flock, his Vicar on earth.

The pope, Bishop of Rome, is Peter’s Successor. Pope Francis is the 266th successor of the Apostle Peter, Christ’s vicar for our day.

The 266 men who have occupied the Throne of Peter each have come to the office with their own human characteristics and failings, their strengths and weaknesses. They carry their weighty responsibility on human shoulders, upheld by the grace of the Holy Spirit.