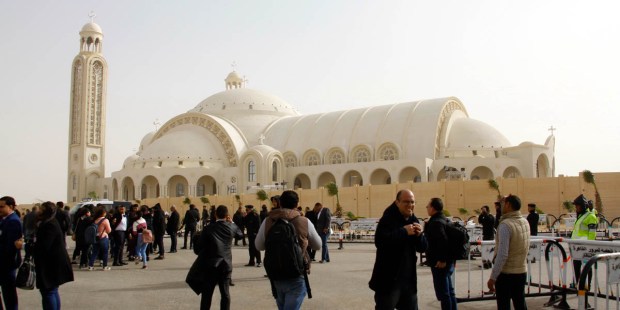 Christmastime attack could have devastated Cairo Christians, but a Muslim man stepped in.

Christmas could have been, as in previous years in Egypt, tragically sad for Coptic Christians, were it not for a quick-acting Muslim cleric.

In recent years, Coptic Orthodox Christmas, celebrated on January 7 according to the Julian Calendar, has been marred by attacks on churches by Islamic extremists.

The incident began when two students from al-Ahar University noticed a stranger carrying a suitcase near the Church of the Virgin Mary and Abu Seifin in Ezbat al-Haganah, Nasr City, an eastern suburb of the Egyptian capital. Finding him to be suspicious, they alerted Imam Saad Askar of the nearby mosque. Askar urged people at the church to leave, and he and a worker from the mosque ran after the man. He got away, however, leaving the suitcase.

When the police arrived, they found three explosive devices inside the luggage. An officer from the bomb squad defused two bombs inside, but a third one detonated, killing him.

Asia News quoted local sources as saying the targets of the foiled attack were Coptic Christians preparing for Christmas.

“We have to stand by each other’s side and take care of each other,” Askar said when he visited the church later. “Those who target places of worship have no religion and are neither Muslim nor Christian.”