8 Beautiful and historic Catholic churches in the Caribbean

The region’s Catholic culture is the fruit of the seeds of faith sown by European colonists and immigrants.

The culture of the Caribbean has been heavily influenced by the introduction of Catholicism by its first European colonists. The names of the islands themselves have their origin in the Catholic saint names and names for the Blessed Virgin Mary that the Spanish and the French gave them when they claimed them for their own.

The island of Guadeloupe, for example, was originally named for Our Lady of Guadalupe in Extremadura. Nevis got its name from our Lady of Nieves (of the Snows); Antigua was Our Lady of la Antigua; Montserrat was named after Our Lady of Montserrat in Catalonia; St. Martin was named for St. Martin of Tours; the Virgin Islands were called St. Ursula and her 11,000 Virgins and Martyrs.

St. Croix was named for the Holy Cross, and Trinidad was the Most Holy Trinity; St. Lucia was named after Saint Lucy of Syracuse, and Christopher Columbus named the island of Dominica when he spotted it on a Sunday (Domingo in Latin) on Novemer 3, 1493.

View this slide show to see some of the most beautiful Catholic churches in the Caribbean: 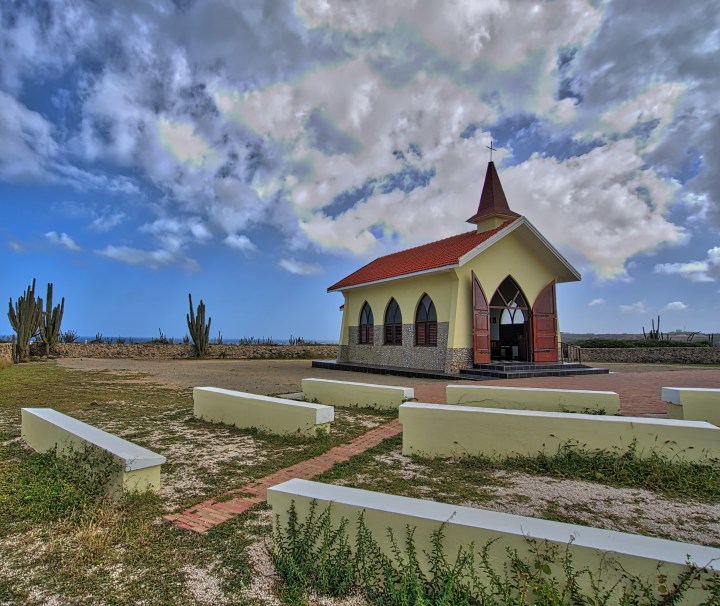