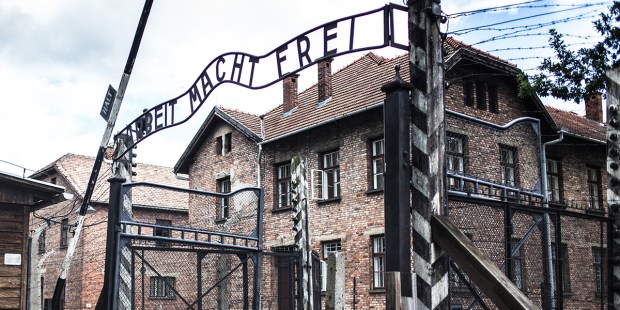 The Museum of Jewish Heritage is set to host the heartbreaking historical artifacts.

The Museum of Jewish Heritage in New York is preparing to bring over 700 artifacts from the infamous Auschwitz death camp for a new Holocaust exhibit. Set to open in the spring, this tremendous undertaking will see the clearing away of three floors of permanent exhibits in order to offer a vivid sense of the Nazi concentration camp that where 1.1 million Jews died.

The New York Times describes a few of the artifacts they will host in the exhibition, titled Auschwitz. Not Long Ago. Not Far Away.:

A boxcar of the kind the Nazis used to transport people like cattle. The barracks where they slept jammed into narrow bunks. The posts from fences that caged them in. A canister once filled with the poison gas pellets that sealed their fate.

The Jewish Heritage Museum will use pieces from their own 40,000-piece collection to accent the new exhibit. They hope that the new show will raise awareness of the tragedy and brutality of the Holocaust, in a time when Jewish leaders say anti-Semitism is on the rise and memories of the Holocaust are fading.

Ronald Lauder, the philanthropist who helped raise $110 million to preserve Auschwitz, said, “This exhibit reminds them, and it reminds all of us, where anti-Semitism ultimately leads and the world should never go there again.”

The Auschwitz installation, the first of its kind to feature major loans from the Nazi concentration camp, is currently in Madrid and is expected to open in New York on May 8, which is the anniversary of the Nazi surrender, the signal of the end of World War II in Europe.

The Jewish Heritage Museum hopes that the new attraction will help revitalize their attendance, which has never been overwhelming since they opened their doors 20 years ago. The success of the United States Holocaust Memorial Museum in Washington has led them to reevaluate their presentation from the generic “Jewish Heritage” to a focus on culture and loss. Those in charge are still deciding whether or not to change the museum’s name to reflect this difference.

From the descriptions of the installation, it sounds like it will strike a daunting balance between the faceless numbers of the Holocaust — represented by massive mounds of clothing, buttons, glasses and other similar confiscated items — and the deeply personal. An example of the latter is a small, makeshift engagement ring formed from tin, which was hidden under the tongue of female prisoner Zdenka Fantlova, 21, during an SS guard search. Fantlova survived Auschwitz, but her fiancé unfortunately did not.

Alongside the various exhibits that show the sickening workings of the camp, the museum will provide context for the genocide, including the rise of the Nazi party, Hitler’s campaign to wage genocide on the Jewish people, and the aftermath of the Holocaust.

Once the new installation opens, the Jewish Heritage Museum will raise its admission fee from from $12 to $16; however, Holocaust survivors, service members, police and firefighters and public school students and teachers will be admitted free of charge.

While the museum attempts to recreate the atmosphere of Auschwitz, Robert Jan van Pelt, chief curator of the exhibition and widely considered the preeminent expert on Auschwitz, said while the imagery is vivid, the atmosphere is impossible to complete: