Why the fascination with miracles and apparitions? 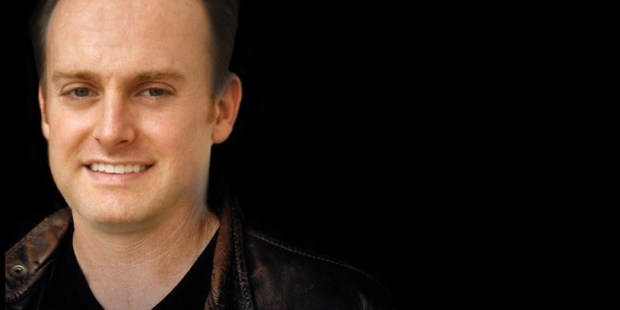 Meet the “Miracle Hunter” and the film he’s promoting.

“I’ve seen the Virgin Mary! She’s spoken to me! She’s given me a message!” How would you respond?

“The crucifix in the sanctuary is bleeding! Come and see!” How would you respond?

“I touched the veil of that nun and I was healed! Let’s tell everyone!” How would you respond?

However you might imagine yourself responding, consider this—what if it were your job to investigate such claims? I know someone who has such a job. He’s Michael O’Neill, also known as “the miracle hunter.”

He’s a graduate of Stanford University, a member of the Mariological Society of America, and an author of several books on miracles. He co-hosted the television special Miracle Hunters and has been interviewed widely in both Catholic and secular media. Most recently, he has been promoting the American premiere of the French film The Apparition, which is now available on both DVD and video-on-demand. (Please don’t confuse this film with the horror movie with the same title!)

I interviewed him today (the day before the publication of this column) on my daily radio program, The Catholic Current. You can find a link to the broadcast as streaming audio, along with a resources list, HERE. (The audio is also available as a podcast HERE and on most major platforms, including iTunes, Spotify and Stitcher.) I’ve watched the movie and recommend it—with the observation that three very brief scenes aren’t suitable for younger viewers.

I discuss the film in detail with Michael O’Neill, along with his other work. I’ll discuss the film briefly here (being careful not to leave spoilers!) before jumping off into a discussion about Catholics and miracles. The Apparition introduces us to Jacques Mayano, a wartime journalist recovering from an injury and the death of a close colleague and friend while covering combat in the Middle East.

Baptized Catholic, he hasn’t practiced the Faith since his youth. He’s skeptical, world-weary, and in great physical and emotional pain. He’s completely surprised when he’s asked by a bishop working in the Vatican to lead the canonical investigation of a reported Marian apparition in a small village in France. He can’t imagine why he’s been chosen—he doesn’t believe and he has no theological competence. The bishop assures Jacques that what qualifies him is that he’s an honest man, he respects the truth, he’s not credulous, and he won’t let himself be fooled. He’s told that the Church would rather overlook a genuine miracle than authenticate a fraud.

It’s fascinating to see Jacques working with the other investigators. They include clergy, religious, psychologists—even an exorcist! He sees himself as out of his depth, uncertain of what he’s doing with such a team conducting an investigation into a supposed miracle. Before long, his journalistic instincts kick in. He is diligent, even relentless in pursuit of the truth. He finds the truth (to his satisfaction) and an unexpected miracle. (I won’t give away what that is!) His participation in the investigation, he says, opens up to him a world that he didn’t know existed, “the world of the soul.”

Catholics are not obliged to put faith in miracles, apparitions, etc. If authentic, they are instances of private revelation, and thus subject to the prudential judgment of the individual believer. The Church, with great caution and care, may say that a particular event or apparition is “worthy of belief,” but not a matter of doctrine or dogma.

I’d say that miracles/apparitions that are Church-approved are not to be dismissed. What concerns me is the rush by some to embrace a claimed miracle, while seemingly showing little interest in the Gospel and the sacraments.

The 1985 film Cocoon depicts space aliens inviting retirement home residents to accompany them to their planet, where these seniors can live happily ever after. The retirees respond joyfully, emptying out their bank accounts and tossing their cash to strangers. Watching the film as a young man, I wondered, “Why did they respond that way when space aliens offered them eternal life, and not when Jesus’ invited them to exchange their goods for ‘treasure in Heaven’?” (Matthew 19:21)

Why do some appear eager to rush up a hill to weep at a statue, but don’t rush to confession, Mass or Eucharistic Adoration? Why do some people get email subscriptions to various “messages” from presumably Heaven-appointed messengers, but don’t have a habit of reading the Scriptures daily? Why are some people eager to touch a place where Our Lady supposedly stood, but don’t pick up a Rosary?

There is surely a place in the Church’s history for miracles, apparitions, and other extraordinary events. I’d just like to see more people avail themselves of the more “ordinary” channels of grace.

When I write next, I will speak about martyrdom. Until then, let’s keep each other in prayer.