5 Surprising facts about the Bible 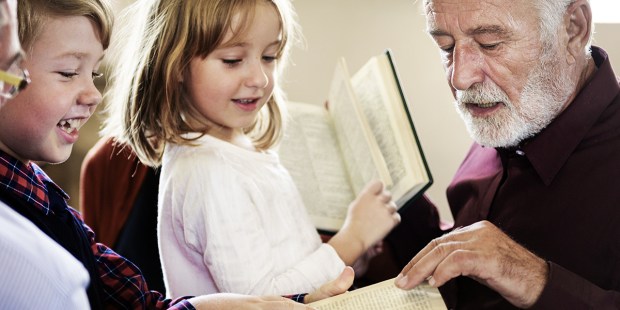 These are a good start to the surprises of Scripture. A new book gives many, many more.

How well do you really know the Bible? The Bible is the Word of God, but even on a human level it stands apart. No other book has sold so many copies; been translated into so many languages; been so often adapted, recited, and performed; or took so many years (centuries!) to write.

In 101 Surprising Facts About the Bible, Rick Rotondi recounts the story of how the Bible was written, translated, published, and proclaimed.

He shared the following 5 surprising facts with Aleteia.

The Bible includes works from many literary genres

The Bible isn’t only a collection of books. It’s a collection of different kinds of books: histories, legal codes, poetry, letters, and a highly symbolic form of resistance literature known as apocalypse.

Within genres there are also different kinds of writings. There are five main types of Psalms, including laments and hymns. Genesis contains both literal and symbolic, or figurative, passages, and the Gospels record Jesus using parables and hyperbole. These different literary forms and expressions have their own conventions and rules. We need to understand them to arrive at the literal sense of Scripture; that is, what the author meant to express.

The events of the Bible took place on three continents

Most of the events of the Bible took place in what is now called “The Holy Land” or modern-day Israel and Palestine, but biblical events also occurred in Europe, Asia, and Africa. For example, Abraham lived in the city of Ur (modern Iraq); Moses freed the Israelites from Pharaoh in Egypt; and St. Paul’s journeys took him to Rome, Greece, and Turkey.

The word trinity is not in the Bible

The doctrine of the Holy Trinity is a mystery of faith at the heart of Christianity. The mystery is disclosed in various ways in the New Testament (see, for example, 1 Jn 5:7 and Mt 28:18), and even hinted at in the Old Testament, as when God appears to Abraham in the guise of three men (Gn 18). Yet the word trinity isn’t in the Bible. The first to use the word was the early Christian writer Tertullian, writing in the early 3rd century.

Mass is not a substitute for Bible reading

Mass is a powerful way to encounter the Bible. But you won’t hear all of the Bible at Mass. Even if you attend Mass every day for three years, you will hear less than 14 percent of the Old Testament, not including the Psalms. The New Testament fares much better. Still, nearly 30 percent of the New Testament is not included in Mass readings. If you want to learn the Scriptures go to Mass—but read the Bible too!

You can receive a plenary indulgence for reading the Bible

The Church awards indulgences, or remission of the penalties due to sin, to encourage spiritual practices. Read the Bible in a prayerful way for a half hour or more, and you can receive a full or plenary indulgence. The usual conditions (Communion, recent confession, prayers for the pope, and detachment from sin) apply.

Rick Rotondi is the writer and executive producer of Messiah and the founder of Cenacle. A Catholic publishing veteran, Rotondi is the co-writer of Queen of Heaven.