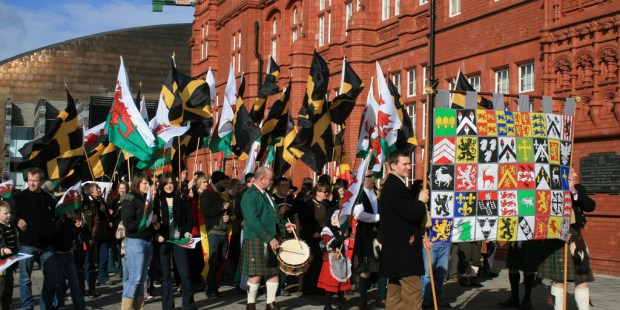 The feast remembers a 6th-century bishop, who had a simple solution to spread his message

England has its St. George’s Day, Scotland its St. Andrew’s, and, of course, everyone knows what March 17 is.

In Wales, meanwhile, today, March 1, is St. David’s Day—the most important day on the Welsh calendar. The people of Wales celebrate their national pride in a variety of ways, some involving the eating of a less-than-appetiing vegetable.

The David in question was a 6th century bishop and missionary. “As a young man, David became a monk,” a spokesperson for Cadw, the Welsh government’s historic environment service, told the BBC’s History Extra. “He is said to have founded a monastery in around the year 560, close to the place where he was born. The surrounding area (in Pembrokeshire, west Wales) is now known simply as ‘St. Davids.’ It’s believed that St. Davids Cathedral and St. Davids Bishop’s Palace are built on the site of the original monastery.”

Living a very ascetic lifestyle, consuming not much more than bread and water, he was said to have been able to restore a blind man’s sight and bring a child back to life by splashing the boy’s face with tears, the BBC site said.

While preaching to a crowd in the village of Llanddewi Brefi, David is thought to have performed his most famous miracle: some of the crowd were finding it difficult to hear the sermon, when a white dove landed on David’s shoulder. As it did, the ground on which he stood is said to have risen up to form a mighty hill, making it possible for the gathering crowd to finally see and hear him. … Today, a church stands on the crest of the special hill.

After the bishop died, a shrine was built in his honor at his cathedral. “Pope Callistus II thought of it so highly that he declared to Catholics that two pilgrimages to the shrine was worth one to the Vatican in Rome,” the BBC said. “By the 12th century, more than 60 churches in Wales had also been dedicated to St David.”

Today, whether or not there will be any pilgrims at the shrine, St. David will be remembered amidst a number of colorful traditions:

But perhaps most unusual, says the Independent, “raw leeks are presented to Welsh regiments of the British army to devour whole in a nod to their distinctive heritage. “Leeks were said to be worn by Welsh soldiers in battle tied to their helmets—as Fluellen does in Shakespeare’s Henry V—to distinguish themselves from Saxon invaders, although the precise origins of Wales’s association with the root vegetable remain obscure.”

But Wales is not the only place where St. David’s Day is celebrated. Because of Welsh emigration to North America, there are today an estimated 2 million Americans of Welsh ancestry. Welsh settled in places like Pennsylvania, where many men continued the work they had in the old country–coal mining–and places as far flung as Los Angeles and Knoxville, Tennessee, where St. David’s Day has been celebrated in recent years.