The terracotta sculpture of the Virgin Mary with a laughing Christ Child seated on her lap has been part of the Victoria and Albert Museum’s collection since 1858, but curators announced only this week that the work was created by Leonardo da Vinci.

According to the curators of the exhibition “Verrochio: Master of Leonardo, at Palazzo Strozzi,” it is the only surviving sculpture by Leonardo, who they say created it around 1472, when he was 19 or 20, while studying under the Florentine artist Andrea del Verrochio. 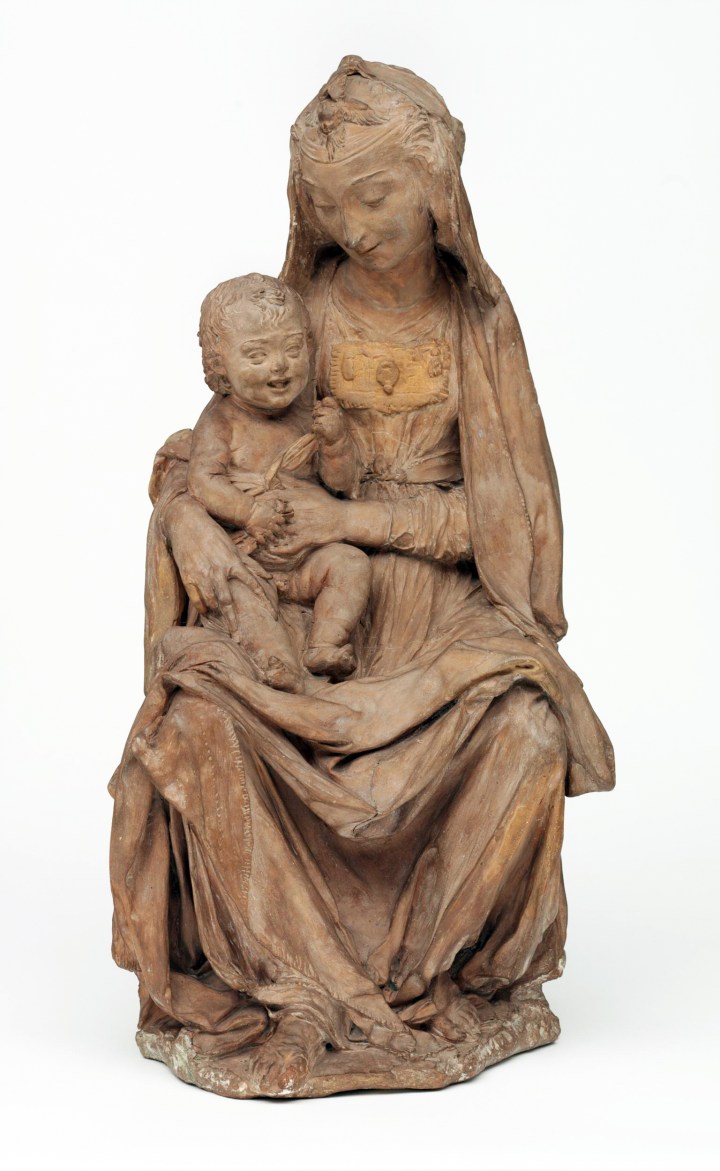 A report in The Guardian notes that journalists attending the press viewing of the exhibition were “awestruck” upon receiving the news that the sculpture was by Leonardo.

For years the work was attributed to the artist Antonio Rossellino, but Italian art scholar Francesco Caglioti who was among those behind the new attribution, said there was no real evidence to suggest the sculpture was by Rossellino.

According to Caglioti, the Virgin Mary’s enigmatic smile is similar to expressions found in other works of art created by Leonardo, including the Mona Lisa.