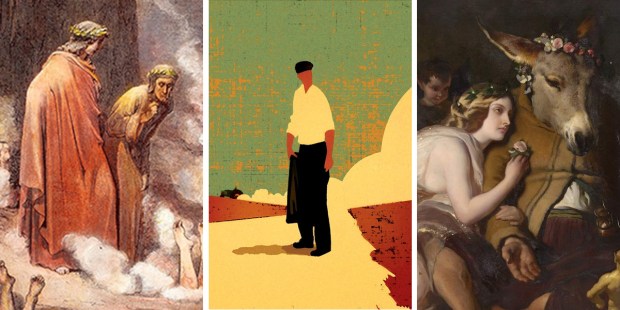 It’s never too late to catch up on these classics!

Reading in high school is practically a lost art. You probably read the Sparknotes (or Coles Notes for you Canadians) for more than a few of those assigned books, or just opted for the movie adaptation instead (for shame!). Thankfully, it’s never too late to catch up on classics. Here are five books you may not have read in high school, but should still read now:

To Kill a Mockingbird

Harper Lee’s critically acclaimed novel was recently voted America’s favorite novel, and with good reason. This book is beautifully crafted and absolutely timeless. To Kill a Mockingbird addresses complex topics like racism, family bonds, and growing up. In it, we travel to the fictional town of Maycomb, Alabama, in the 1930s. Six-year-old Scout and her brother Jem experience first-hand the consequences of racism and prejudice, when their father Atticus Finch is appointed to be the defending lawyer of a black man facing unjust charges. Scout gives us a child-like view of the world — simple and innocent, yet unflinching in its message of compassion and justice.

The Grapes of Wrath

John Steinbeck’s The Grapes of Wrath follows the Joads as they leave their Oklahoma home and set out for California in hopes of finding work during the terrible Dust Bowl years. Hardship after hardship plague this tight-knit family, but they continue to strive for life and share all they have until the very end. This visceral story perfectly embodies the human spirit of perseverance and goodness in the face of crippling poverty and adversity.

Dante Alighieri’s The Divine Comedy has been lauded by literary scholars, Church fathers, popes, and theologians alike. Most recently, Pope Francis encouraged the faithful to read it during the Year of Mercy. Dante’s Divine Comedy is made up of three parts — Inferno, Purgatorio, and Paradiso — and recounts Dante’s allegorical journey through hell, purgatory, and heaven respectively. Inferno is the most likely of the three parts to be found on a high school reading list, but if you are going to commit to reading it, you’re better off reading the entire Comedy.

Although written in 1931, the parallels between this novel and our world today are chilling. Aldous Huxley paints the picture of a totalitarian society in which science is god and pleasure is of highest value. Brave New World is a thought-provoking read that invites the readers to question the ideas of freedom and what makes us human. This novel is science fiction at its best and guaranteed to be a worthwhile read.

I’m cheating a bit with this one as you were probably asked to read more than one of the Bard’s plays during your time in high school. His work has withstood the test of time and has gone on to inspire other writers and artists through the centuries. While the language of the plays can be challenging to modern readers, their poetic beauty continues to strike a chord in the heart of audiences. Both Shakespeare’s tragedies, like Macbeth or Romeo and Juliet, and his comedies, like Midsummer’s Night Dream or Twelfth Night, are packed with a cast of familiar characters and universal conflicts. His plays are brilliant and relatable and totally worth the read (or even better, the watch!).

So head to your library or local bookstore, and get reading!

Read more:
How many books is too many?