Though this holy priest died of cancer, here’s why he’s recognized as a martyr of Communist Poland 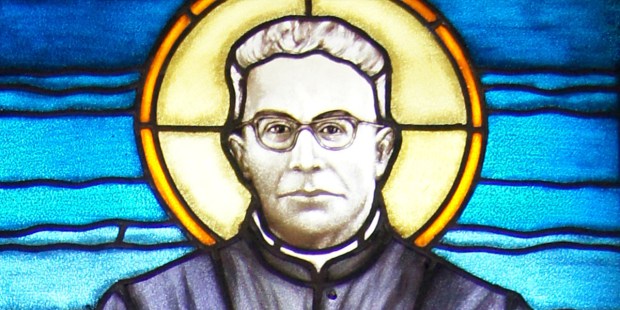 His “crime”: sending newsletters to his parishioners, exhorting them to holiness.

Wladyslaw Findysz was born on December 13, 1907, in Krosno, in southwestern Poland. His mom and dad, devout Catholics, followed tradition and had their new baby boy baptized the very next day at their parish church, Holy Trinity.

Wladyslaw was sent to an elementary school run by the Cistercian Sisters in the town of Kroscienko Nizne. After finishing grade school, he went on to a state-run school, but his years with the sisters had instilled in him an attraction to the priesthood. In 1927, Wladyslaw entered the seminary in a nearby town called Przemysil. He was very fortunate, for the rector of the seminary was Father John Balicki, who would be beatified in 2002. He completed his studies satisfactorily and was ordained a priest June 19, 1932.

Father Findysz was moved around quite a bit in his first 10 years as a priest. Finally, in 1941, he was appointed the parochial vicar at the Church of St. Peter and Paul in Nowy Zmigrod.  On October 3, 1944, the Nazis expelled Father Findysz and many others from the city. He lived in exile for a while but did return to his church in January 1945.

He immediately began a rebuilding and reorganizing project. When the Nazis finally surrendered in May of 1945, the Communists took charge. Promoting atheism was one of their primary objectives. They were quite insistent about it.

Father Findysz focused his pastoral work on moral and religious renewal within his parish. He worked tirelessly at keeping the faith in focus, especially for the young people. He also did his best to help the people of his parish who had lost so much during the war and the Nazi occupation. From food, medicine, clothing, he gathered whatever he could and did whatever he could to help those in need.

Read more:
Czech cardinal imprisoned by Nazis and communists is now on the way to beatification

Greek Catholics from Lemki were especially singled out by the Communist party, and they were often evicted from their homes without cause and with no chance of reprieve. The kindly priest worked tirelessly trying to help them, and the priest’s activities quickly made the Communists wary of his actions.

By 1946 he was under constant surveillance from the secret police. In 1952 people in charge of academics prohibited him from teaching catechism in the parish secondary school. The authorities went so far as to rescind his permission to live within the border of the school, even though it was where his parish was located.

Church authorities viewed Father Findysz as a devout and zealous priest and they made him an honorary canon in 1946. Some time late he was also appointed the vice-dean of Nowy Zmigrod, where he was elevated to Dean in 1962.

In 1963 Father Findysz started the “Conciliar Works of Charity.” He sent letters of exhortation to parishioners who were known to have leaned toward a secular lifestyle, encouraging them to reorder their Christian lives.  The Communists reacted harshly. He was accused of trying to make the faithful be part of religious rites and practices.

On November 25, 1963, he was interrogated, arrested, and imprisoned in Rzeszow castle. His trial took place in December. He was accused of violating the “Protection of the Freedom of Conscience and Denomination Act” of 1949. He did this by sending newsletters to his parishioners. He was sentenced to two years and six months in Central Prison.

Just before his imprisonment Father Wladyslaw had surgery to have his thyroid removed. He entered prison ill, and the authorities knew it. He also developed esophageal cancer but had to remain in the prison hospital where the care was extremely limited and substandard. Though surgery was required for his cancer, authorities postponed it, effectively sentencing Father Wladyslaw to a slow and painful death. He died August 21, 1964, not having completed a year since his arrest.

On June 19, 2005, Father Wladyslaw Findysz was beatified by Pope Benedict XVI. Blessed Wladyslaw was deemed to have died “In Odium Fidei,” a martyr of the Communist regime in Poland.

Blessed Wladyslaw, please pray for us.