The Blessing of the Fleet in Biloxi, a tradition started by Catholic immigrants to the Gulf Coast

Courtesy of the Blessing of the Fleet committee

The festival, which marks the start of shrimp-fishing season, is celebrating its 90th anniversary, and will be held on June 1 and 2.

One of the oldest continuous Catholic traditions of the Mississippi Gulf Coast region will be held Saturday and Sunday, June 1 and 2, 2019: the Biloxi Blessing of the Fleet. Marking its 90th anniversary this year, the Biloxi, Mississippi, event kicks off with a day of festivities on Saturday, including a Fais Do-Do (Cajun dance party), followed on Sunday afternoon with a blessing of the fishing fleet by the pastor of a local parish, St. Michael’s in Biloxi, as the local fishermen begin the shrimp-fishing season.

«We are a long-time fishing community with many historically dependent on the sea for their livelihood, and many of our early immigrants were Catholics from France and Eastern Europe.»

“This is an exciting tradition that goes to the heart of who we are as Biloxians,” said Laurie Rosetti, who serves on the Blessing of the Fleet committee. “We are a long-time fishing community with many historically dependent on the sea for their livelihood, and many of our early immigrants were Catholics from France and Eastern Europe. These factors have enabled the tradition to endure, and as it is our 90th anniversary, it is a milestone year for us.” 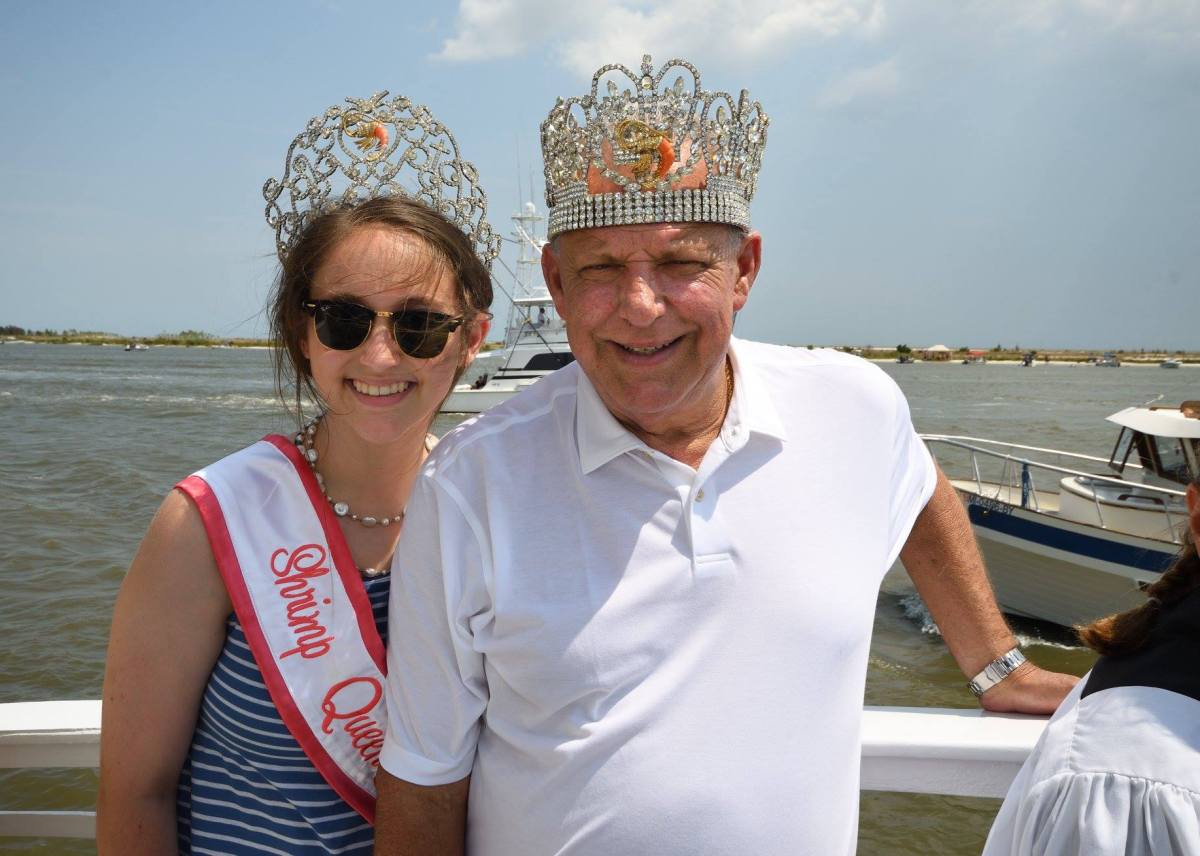 Biloxi is located on the coast of the Gulf of Mexico at the confluence of multiple rivers, making it rich in seafood. The area was settled in the early 18th century; in the late 19th century several seafood-canning plants were established. Immigrants came to work in the plants, and subsequently bought their own boats to harvest shrimp and oysters from the Mississippi Sound. Whereas many of the early immigrants were European, more recently immigrants have come from other parts of the globe, including Vietnam.

The Blessing of the Fleet began in 1929. Immigrant Catholics brought the tradition of blessing the fishing fleet, which asked God for a safe and prosperous fishing season, from their home countries. A local priest from Ireland, Fr. Patrick Carey, agreed to do the blessing.  Father first said Mass in his church, then headed to the seaside. Fishermen anchored their boats off shore and tied them bow to stern. Starting with the first, Fr. Carey climbed boat to boat, blessing each.

A mishap occurred before he finished, however. Father tripped on the deck of one of the boats, dislocating his shoulder (another account said he cracked some ribs). He was taken to the hospital and another priest finished the blessing.

Fr. Carey recovered from his injuries and returned to bless the boats the following year. The event quickly became popular in the community. Rosetti’s mother-in-law, now deceased, was age nine when she watched the first blessing. According to her, it was an exciting event in the community, especially after additional events were added to augment the ceremony. Rosetti said, “We were a small community then, and many had ties to the seafood industry, so virtually everyone would turn out.”

The event continues with modifications. To prevent another priest injury, the pastor blessing the boats remains stationary on a single, anchored “blessing boat.” Boats power by and Father blesses each. Many are colorfully decorated for the day. While it is primarily intended for fishermen, non-fishing boats are welcome to participate.

To remember those fishermen from past years who are now deceased, a helicopter flies overhead to drop a memorial wreath.  As the event has drawn some notoriety, some years the Bishop of Biloxi comes to participate (he is not currently scheduled to come in 2019, however).

Some years a Shrimp Festival is held, although, according to Kay Miller, another Blessing of the Fleet committee member, “this year we decided to go back to the traditional Fais Do-Do.”

A highlight of the Fais Do-Do, Miller noted, will be the coronation of a Shrimp King and Queen. The Queen is a young woman with family ties to the seafood industry; the King is an older man with experience working in the seafood industry.  Both are awarded a tiara to wear for the weekend; the Queen receives a sash designating her as Shrimp Queen.  Both join the priest on the Blessing Boat.

While the first Blessing of the Fleet was held in August, the event is now held in June to mark the beginning of the shrimp season. Typically by the first weekend in June the water has become warm enough so that the shrimp are large enough to be professionally harvested.

St. Michael’s Church, located across the street from the Gulf of Mexico (although its view of the Gulf is partly obscured by a hotel), serves as sponsor of the event. The circular church is themed to the area; its long vertical stained glass windows depict the 12 Apostles as fishermen and its scalloped roof resembles a huge clam shell. Its current pastor, Fr. Gregory Barras, will offer the blessing.

Rosetti said, “I’m 57 years old and have been a long-time resident. I think the Blessing of the Fleet is part of being a Biloxian.”