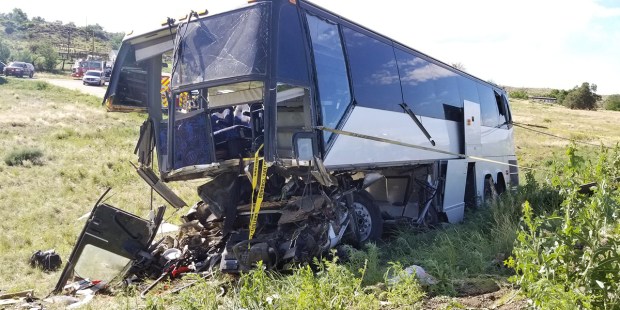 High school students had been in Denver for Steubenville of the Rockies youth conference.

A fatal bus accident that left two dead and injured dozens involved a charter bus that was carrying a group of high school students who had been in Denver for the annual Steubenville of the Rockies youth conference.

Catholic News Agency reported that the students were from the Aquinas Newman Center at the University of New Mexico.

The accident took place on June 23, ten miles north of Pueblo, Colorado, when the bus hit part an embankment and veered off the highway.

According to a CNN report the bus was carrying 10 children and five adults. Among the dead is  Jason Paul Marshall, a seminarian of the Archdiocese of Santa Fe. He was studying theology at the Pontifical College Josephinum in Columbus, Ohio, reported Catholic News Agency.

The driver of the bus, 22-year-old Anthony Padilla, also died in the accident.

Of the 12 people taken to hospitals for their injuries, seven have been released, and at least one remains in critical condition, according to a KKTV report.

A Mass of Healing will be celebrated on June 26 at the University of New Mexico Aquinas Newman Center.

The Archdiocese of Denver posted a prayer request on its Facebook page:

“Please pray tonight for a Catholic group from New Mexico who were involved in a tragic bus accident this afternoon in Pueblo.”

“The group had attended the Steubenville of the Rockies Youth Conference in Denver and was on its way home. We send our prayers and deepest condolences to the families and friends of those who were killed, and our prayers for healing and comfort for those who were injured.”