Was the Supreme Court’s Peace Cross decision a victory? 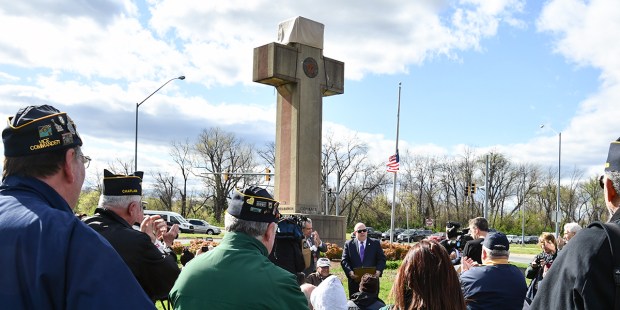 Between winning and losing, winning is usually preferable. But that’s about as much as you can say right now for the Supreme Court’s Peace Cross decision and its impact on religion. The 7-2 ruling leaves the memorial cross standing, but church-state jurisprudence is no clearer than it was before the June 20 decision and could even be a tad more obscure.

To be sure, that isn’t the universally held assessment of what the Supreme Court did. The contrary view is that in saying the cross can stand where it has stood for 94 years, the court laid the groundwork for eventual repudiation of a widely scorned rationale that has guided — or, as many would say, confused — its reasoning on relations between church and state since 1971.

One can only hope that’s so. Meantime the court’s position on the Establishment Clause remains, as Justice Neil Gorsuch eloquently put it in his concurring opinion, “a mess.”

Here a little background may help.

The Supreme Court’s new decision, in a case called American Legion v. American Humanist Association, concerned a 40-foot granite and cement Latin cross that since 1925 has stood on the median of a busy highway in the Washington, D.C., suburb of Bladensburg, Maryland. The cross was placed there as a private initiative and paid for with private funds as a war memorial honoring  49 local men who died in World War I.

The local park and planning commission, largely for traffic safety reasons, took ownership of the cross and the land it stands on in 1961. Since then, it has spent $117,000 in public money on upkeep, with another $100,000 in reserve for what is said to be badly needed restoration work.

Prior to 2014 there was no indication that the cross bothered anyone. Then, however, the Humanist Association and three individuals declaring themselves offended by “unwelcome contact” with a religious symbol sued the park and planning body. The American Legion entered the case to defend the cross.

A federal district court ruled for the Peace Cross in 2015, but a divided three-judge panel of the Fourth Circuit U.S. Court of Appeals ruled against, and the full appeals court last year voted 8-6 to uphold that decision.

The three-judge panel’s ruling was based the doctrine set out by the Supreme Court in 1971 in a case called Lemon v. Kurtzman.

The court at that time was on something of a no-establishment roll, handing down a string of decisions overturning various forms of largely unremarkable interaction between church and state. In Lemon it overturned a Pennsylvania program providing modest salary supplements for teachers of secular subjects in church-related schools. It also provided a three-part test that any church-state interaction henceforth would be required to pass: secular purpose, no endorsement of religion, and no “excessive entanglement” of the two.

Nearly half a century later, the Lemon test is widely regarded as unworkable. Thus there was hope that in ruling on the Peace Cross — an easy candidate to pass constitutional muster — the court would come up with something better.

But even though a comfortable majority found no reason to object to the cross, the justices were all over the lot, serving up a judicial stew of concurrences, dissents, and concurring-in-part, dissenting-in-part opinions. Only Justices Ginsburg and Sotomayor dissented in full.

Two facts nevertheless did stand out. First, the Peace Cross can stay where it is. Second, most of the court’s present members have no interest in the Lemon test. That’s progress, I guess.