Da Vinci painting coming to New York, thanks to Vatican 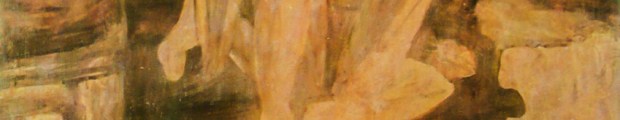 A chance for Americans to get a glimpse into Leonardo’s working methods.

Click here to launch the slideshow
Americans have been focusing on several 50th anniversaries this year—the moon landing, Stonewall, Woodstock. But there’s a major anniversary that brings us much further back in time—the 500th anniversary of the death of Leonardo da Vinci (1452–1519). And Americans have a chance to take part in the celebrations.

The Vatican Museums are lending one of da Vinci’s major works, “St. Jerome Praying in the Wilderness,” to the Metropolitan Museum Of Art in New York City. The work will be on display from July 15 through October 6,

Begun around 1483 but left unfinished, the work portrays St. Jerome during a two-year period when he lived as a hermit in the desert.

Though the work is unfinished, it “provides viewers with an extraordinary glimpse into Leonardo’s creative process, and a close examination of the paint surface reveals the presence of his fingerprints,” the Met says.

According to Howard Halle, editor-at-large for Time Out New York, the painting depicts a seated Jerome (347–420), holding a rock with which he beat his breast in penance.

“Tradition holds that the lion curled in front of Jerome became his companion after the saint extracted a thorn from the animal’s paw,” Halle notes.

Halle said that da Vinci’s interest in a variety of other subjects often distracted him from a painting he was working on, and in this case the painting was never completed. However, that is “a boon for art historians wanting an X-ray view of the Old Master’s working methods,” he said. “Even incomplete, St. Jerome shows da Vinci at the height of his powers, and is well worth a visit while you’re checking out The Met’s other exhibitions.”