Jesuits on the Moon: Why so many craters are named for them 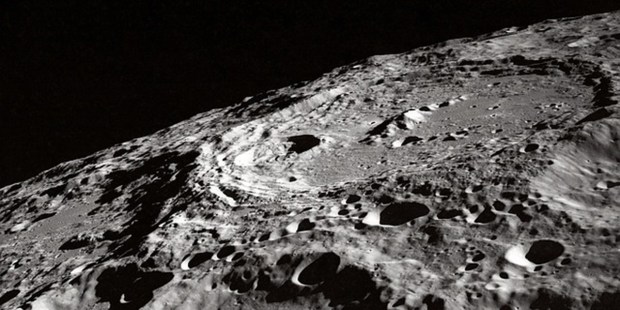 From the order’s founding, the Society of Jesus has taken a reverent and scientific view of the universe.

One of the first members of the religious order known as the Jesuits paints a picture of the order’s founder that demonstrates how profoundly he felt about creation.

St. Ignatius Loyola, wrote Diego Laynez, would go up on the roof of his house at night and “sit there quietly, absolutely quietly.”

“He would take off his hat and look up for a long time at the sky, Laynez wrote. “Then he would fall on his knees, bowing profoundly to God … And the tears would begin to flow down his cheeks like a stream.”

It can be argued that the sons of St. Ignatius—members of the Society of Jesus—to this day follow in the footsteps of their founder, emulating his deep admiration of the universe, with many of them probing the mysteries of God’s creation by studying science and physical reality.

In fact, over the centuries, so many Jesuits have made such contributions to science that 34 craters on the moon are named for them.

It was a Jesuit priest and astronomer, Giovani Riccioli, who in 1651 supplied many place names on the moon, including the Sea of Tranquility, where the first men set foot on the lunar surface on July 20, 1969.

No crater on the moon was named for Ignatius, but an asteroid was, and several asteroids are named after other Jesuits.

One of the moon’s largest crater formations is named for Christopher Clavius, S.J. (1538-1612), whose astronomical and mathematical genius played a major role in the formation of the Gregorian calendar system that largely replaced the Julian system.

Another well-known crater is Boscovich, named for Croatian Jesuit Roger Joseph Boscovich, S.J. (1711-1787), a physicist, astronomer, mathematician, philosopher, diplomat, poet, theologian, and polymath. Boscovich produced a precursor of atomic theory and made many contributions to astronomy, including the first geometric procedure for determining the equator of a rotating planet from three observations of a surface feature and for computing the orbit of a planet from three observations of its position. In 1753 he also discovered the absence of atmosphere on the Moon.

Closer to our own day, there was Angelo Secchi, S.J. (1818-1878), an Italian astronomer who was a pioneer in astronomical spectroscopy, and was one of the first scientists to state authoritatively that the Sun is a star.

As America magazine points out, Jesuit contributions to astronomy continue at the Vatican Observatory, which is entrusted to the Jesuits. The magazine quotes Robert Macke, S.J., a specialist in meteorites who works at the Vatican Observatory in Rome, as reporting that Richard D’Souza, S.J., and his collaborator from the University of Michigan, Eric Bell, recently discovered that the nearby Andromeda galaxy merged with another galaxy about two billion years ago.