Pskov's school of architecture gave us a unique style of giving glory to God.

Several churches and other religious institutions recently were added to the United Nations’ list of cultural heritage sites, in particular, the churches of the Pskov School of Architecture in northwestern Russia. 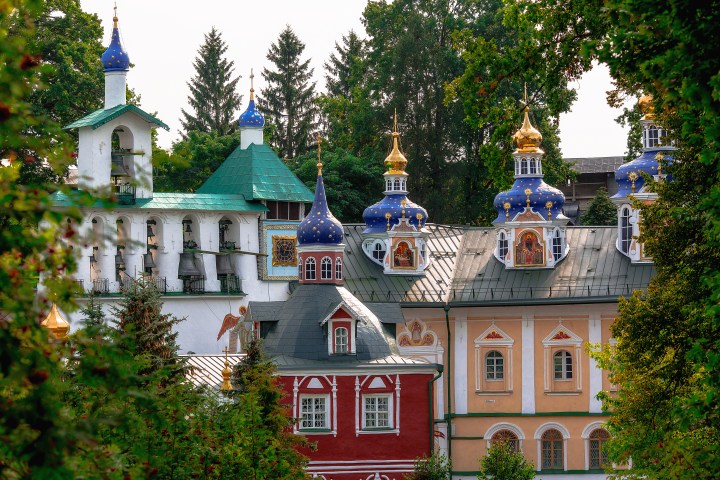 During its meeting in Baku July 7, UNESCO’s World Heritage Committee inscribed eight cultural sites on its World Heritage List. In addition to Russia, the newly inscribed sites are located in Azerbaijan, Portugal, Spain, and the UK.

Churches of the Pskov School of Architecture, including churches, cathedrals, monasteries, fortification towers and administrative buildings, feature domes, porches and belfries. The oldest elements date to the 12th century. According to UNESCO, these churches are integrated into the natural environment through gardens, perimeter walls and fences. Inspired by the Byzantine and Novgorod traditions, the Pskov School of Architecture reached its peak in the 15th and 16th centuries, and was one of the foremost schools in the country. It informed the evolution of Russian architecture over five centuries.

In addition to Pskov, two sites in Portugal featuring churches also made the list: the Royal Building of Mafra and the Sanctuary of Bom Jesus do Monte. The Royal Building of Mafra includes the palace, a basilica, a convent, a garden and a hunting park. Located 30 km northwest of Lisbon, the site was conceived by King João V in 1711 as a tangible representation of his conception of the monarchy and the State. This imposing quadrangular building houses the king’s and queen’s palaces, the royal chapel shaped like a Roman Baroque basilica, a Franciscan monastery and a library containing 36,000 volumes.

The complex is completed by the Cerco garden, with its geometric layout, and the royal hunting park (Tapada). King João V adopted Roman and Italian baroque architectural and artistic models and commissioned works of art that make Mafra an exceptional example of Italian Baroque.

The Sanctuary of Bom Jesus do Monte is on the slopes of Mount Espinho, overlooking the city of Braga in the north of Portugal. The site evokes Christian Jerusalem, recreating a sacred mount crowned with a church. The sanctuary was developed over a period of more than 600 years, primarily in a Baroque style, and illustrates a European tradition of creating sacred mountains, promoted by the Catholic Church at the Council of Trent in the 16th century in reaction to the Protestant Reformation.

The Bom Jesus ensemble is centered on a Via Crucis, or Way of the Cross, that leads up the western slope of the mount. It includes a series of chapels that house sculptures evoking the Passion of Christ, as well as fountains, allegorical sculptures and formal gardens. The Via Crucis culminates at the church, which was built between 1784 and 1811. The granite buildings have whitewashed plaster façades, framed by exposed stonework. The celebrated Stairway of the Five Senses, with its walls, steps, fountains, statues and other ornamental elements, is the most emblematic Baroque work within the property.