How to be happy? Harvard’s been studying that for 80 years 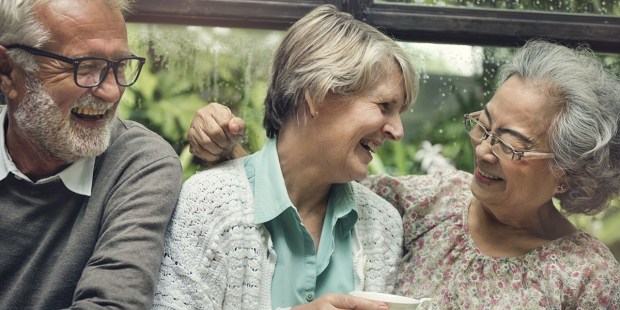 People who are with other people are the happiest people in the world, scientists find.

If you’re having a bad day at the office, if you wake up one morning feeling curmudgeonly, if you come home from work and can’t help but think of Jean Paul Sartre’s quote “Hell is other people,” you’re not alone.

But if you prefer to be alone, you might be cheating yourself out of something that can lead to a happier and healthier life.

That’s according to a study that has been ongoing for more than 80 years. Beginning in 1938, the Harvard Study of Adult Development has tracked two groups of people since the time they were teenagers. Some three score of the original  724 men are still alive and still answering Harvard’s regular surveys.

Soon after the researchers began studying the two groups—one cohort from Harvard College, the other from some of the poorest neighborhoods of Boston—the focus turned to the question of what makes a person happy.

“Those who kept warm relationships got to live longer and happier, and the loners often died earlier,” Robert Waldinger, the fourth director of the study, summed up in a 2016 TED Talk.

Esteban Ortiz-Ospina, senior researcher at Our World in Data, blogged about the study and brought up more research that finds a consistent link between social connections and happiness. The World Value Survey, for example, shows that in almost all countries of the world people who often spend time with their friends report being happier than those who spend less time with friends. He also reports that there is much academic literature in medicine and psychology that shows individuals who report feelings of loneliness are more likely to have health problems later in life.

Even casual contact with other people can be beneficial, other studies are finding. Researchers at the University of British Columbia found that seemingly trivial encounters with strangers in public, such as a coffee shop barista, “can affect feelings of happiness and human connection on a typical day,” National Public Radio reported.

Speaking about the Harvard project, Waldinger admitted that their main findings represents “wisdom that’s as old as the hills.”

“So why is it so hard to get and so easy to ignore?” he asked. “Well, we’re human. What we’d really like is a quick fix, something we can get that’ll make our lives good and will keep them that way. Relationships are messy and they’re complicated, and the hard work of tending to family and friends, it’s not sexy or glamorous. It’s also life-long. It never ends.”

Building the relationships that will help a person attain happiness—”leaning into relationship,” as Waldinger put it—could involve things as simple as “replacing screen time with people time or livening up a stale relationship by doing something new together … or reaching out to that family member that you haven’t spoken to in years.”