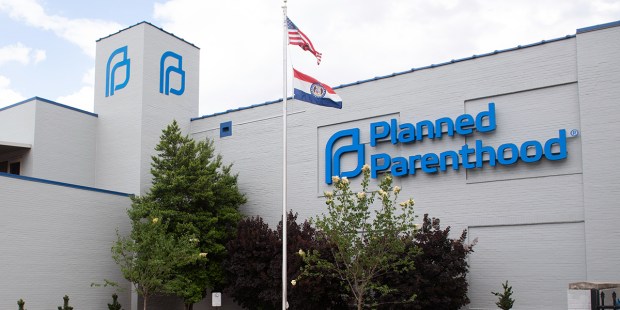 Officially known as “Population Research and Voluntary Family Planning Programs,” Title X was enacted under President Richard Nixon in 1970 as part of the Public Health Service Act. It is the only federal grant program dedicated solely to providing individuals with comprehensive family planning and related preventive health services. It is legally designed to prioritize the needs of low-income families or uninsured people.

The services provided by Title X grantees include family planning and provision of contraception, education and counseling, breast and pelvic exams, breast and cervical cancer screening, screenings and treatment for sexually transmitted infections (STIs) and HIV, education about preventing STIs and HIV and counseling for affected patients, referrals to other health care resources, pregnancy diagnosis, and pregnancy counseling.

Title X does not pay for abortions. The Trump administration’s “Protect Life Rule,” announced in February, says that while clinics accepting Title X funds may continue to talk to patients about abortion, they may not refer women to an abortion provider or suggest where to obtain an abortion.

Planned Parenthood and other organizations, including the American Medical Association, characterized the new regulation as a “gag rule,” charging that it would force them to withhold medical information from patients. The rule, they say, interferes with the doctor-patient relationship, and could deny pregnant women the range of options available to them.

The pro-choice organizations are challenging the Trump rule in court, and oral arguments are scheduled the week of Sept. 23. But a federal appeals court in July said the policy change could take effect while the legal cases were pending.

The Department of Health and Human Services gave the organizations until August 19 to submit an “assurance and action plan” showing they intend to make “good faith efforts” to comply with the new rule. Last week, Planned Parenthood sent a letter to the U.S. Court of Appeals for the Ninth Circuit, asking for a stay on that deadline until the legal cases could be decided. On Friday, the court declined to issue the stay.

Alexis McGill Johnson, acting president of Planned Parenthood, said on Monday, “We will not be bullied into withholding abortion information from our patients. Our patients deserve to make their own health care decisions, not to be forced to have Donald Trump or Mike Pence make those decisions for them.”

Trump and Pence have certainly played to pro-life voters’ desire to see Planned Parenthood defunded, but the organization’s withdrawal from Title X does not mean that goal has been accomplished. “Figures from Planned Parenthood’s 2017-18 annual report showed that the organization received about $500 million from Medicaid, the joint federal and state health care program for low income people. Federal funds cover most of that spending,” the New York Times reported.

Planned Parenthood receives about $60 million of the $286 million given annually by Title X to about 4,000 health centers providing reproductive health care, as well as screenings for breast cancer and cervical cancer, to about four million patients.

In addition, organizations receiving Title X funds will still be able to perform abortions but will have to do so in a separate facility from their other operations.

According to Politico, Planned Parenthood’s Johnson declined to answer questions about the precise financial impact of pulling out of Title X, but said the outcome will be “devastating” for low-income women unless the organization can raise enough private funds to make up the loss.

“We are committed to keeping our doors open as long as possible,” she said. “But using fundraising, essentially charity, to fill in for what should be a federal responsibility is really a challenge. It’s like holding an umbrella during a tsunami.”

AP reported that about 4 million women in the U.S. are served under Title X, which distributes $260 million in family planning grants to clinics. Planned Parenthood says it has served about 40% of patients, many of them African American and Hispanic, the wire service said.

Meanwhile, the Trump administration has also made it possible for faith-based organizations opposed to abortion to receive Title X grants. Among grant recipients this year was Obria Medical Clinics, which runs a network of facilities in California. It promotes abstinence-based sex education and natural family planning, and does not prescribe birth control.

“Planned Parenthood, our nation’s largest abortion provider, today made a choice not to separate its abortion operation from Title X services, and in doing [so] declined Title X funding, which makes up approximately four percent of their annual budget,” March for Life president Jeanne Mancini told National Review. “Abortion is neither healthcare nor family planning and taxpayer dollars should not support abortion.”

According to the U.S. Department of Health and Human Services’ Office of Population Affairs, the Trump administration’s Protect Life Rule is based on the most accurate interpretation of the Family Planning Services and Population Research Act of 1970, which enacted Title X, Catholic News Service reported. Section 1008 of this act states that “none of the funds appropriated under this title shall be used in programs where abortion is a method of family planning.”

HHS said the rule requires “clear financial and physical separation between Title X funded projects and programs or facilities where abortion is a method of family planning. This separation will ensure adherence to statutory restrictions, and provide needed clarity for the public and for Title X clinics about permissible and impermissible activities for Title X projects.”