How to help victims of Hurricane Dorian 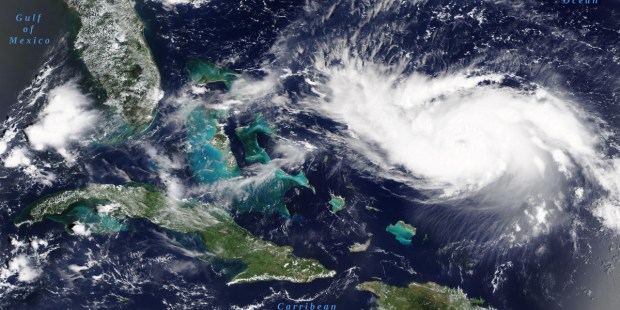 Pope Francis asked for prayers for the victims of Hurricane Dorian as he was flying from the Vatican to Maputo, Mozambique.

“Those poor people, who from one day to the next have lost their homes, everything, even their lives,” the Pope said.

Dorian made landfall in the Bahamas Sunday as a Category 5 hurricane. At least seven people were killed in the Bahamas, and nearly 13,000 homes were destroyed.

Bahamian Prime Minister Hubert Minnis called the storm “one of the greatest national crises in our country’s history.”

When it hit the Abaco Islands it had the highest-ever-recorded wind speeds at landfall. It then hovered over Grand Bahama for two days, causing severe damage and flooding.

Cardinal Daniel N. DiNardo, Archbishop of Galveston-Houston and President of the United States Conference of Catholic Bishops also called for prayers for hurricane victims and survivors.

“As we continue to be vigilant for the effects of Hurricane Dorian as it approaches the U.S. coast, we are extremely mindful of the dire need faced by the community in the Bahamas so devastated by this catastrophic storm,” he said in a statement. “We pray for all affected and invite Catholics and all people of goodwill to donate to Catholic Relief Services and Catholic Charities USA.”

Readers who are interested in sending financial assistance to stricken areas can find more information at the following websites:

Food for the Poor