These Dominican sisters are making their own electricity 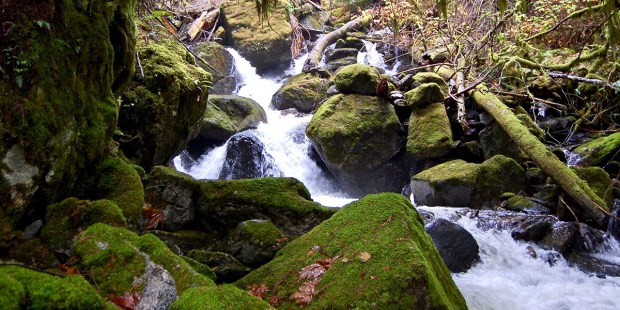 They’re rolling up their sleeves and getting their hands dirty showing us how to embrace, respect, and harness nature.

Nestled in the stunning Garibaldi Highlands, British Columbia, is the Queen of Peace Monastery, home to a group of Dominican sisters who are busy caring for God’s creation in a most unlikely way.

Looking out on breathtaking views has had a big impact on the sisters, deepening their prayer lives and their desire to be stewards of their natural resources. As Sister Claire Marie Rolf shared with The B.C. Catholic: “It’s so full of beauty! You begin to cherish it and to hear its groaning, its suffering.”

As a result the sisters are involved in a project that both respects nature and harnesses its power. Thanks to the site of the monastery, engineers determined that the Pilchuk Creek that runs through their property, creating impressive waterfalls, will allow the sisters to generate their own clean energy.

So in between prayers and their regular chores, the sisters are rolling up the sleeves of their habits and getting their hands dirty building a micro hydraulic project that will provide enough electricity for the monastery, and perhaps even enough to sell back to the British Columbia Hydro grid.

The project, which will take a year to complete with the help of consultant Peter Talbot, is one that highlights the incredible skills and dedication of the team of sisters and novices who are laying the 2,200 feet of pipes, which will have an impressive elevation drop of 750 feet. Although the costs of installing this hydraulic system will run around $400,000, there will be eventual savings when the sisters can generate their own power.

These religious didn’t sign up for hours of cement mixing and hauling materials up and down the site on a pulley system, yet their project is bringing satisfaction that resonates with their monastic values. “We’re able to do what we need to do to support our community while still respecting the amazing gift of creation that God gave us,” explained Sister Marie Thomas Lawrie, who only made her first profession of vows last year.

Their hands-on approach means trees are not felled, heavy machinery is not needed, and the landscape is respected. It’s an attitude that comes as no surprise for this Order that grows its own vegetables, makes furniture from the trees chopped down when the monastery was originally built, insists on avoiding single-use plastics, and sells goods made from locally-sourced materials.

The religious sisters are not only embracing Laudato Si’, they’re showing us that we can do whatever we want if we put our mind, and prayers, to it. As Sister Lawrie so eloquently shares of her experience: “It’s been a beautiful discovery for me, first in prayer, then in study, to find a language of hope for talking about environmentalism and care of creation, which for me begins by recognizing that, while it’s not one of the seven sacraments, it is a visible sign of an invisible reality.”

You can read the original article by Agnieszka Ruck for The B.C. Catholic here.

Read more:
3 Easy ways to get your kids involved in saving electricity