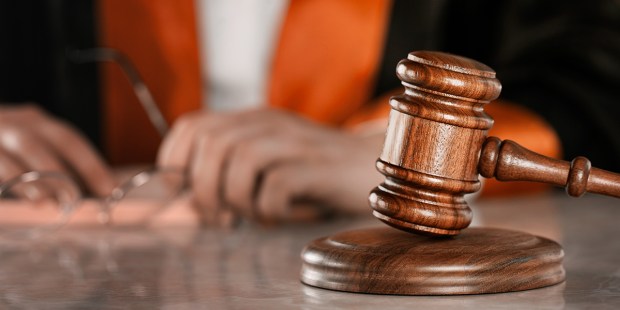 The United States Supreme Court term opens on the first Monday in October. Here are three cases that are worth keeping an eye on.

The very first case to be argued before the high court examines whether discrimination against an employee because of sexual orientation constitutes prohibited employment discrimination.

The case, Bostock v. Clayton County, Georgia, has been grouped with two other similar cases, and is being referred to as the Title VII trilogy. Title VII of the Civil Rights Act of 1964 prohibits employers from discriminating against an individual “because of such individual’s … sex.” In 1964, it would have been on hardly anyone’s radar whether that language also prohibits discrimination based on sexual orientation or gender identity. Now it is.

One case in the “trilogy,” Altitude Express, Inc. v. Zarda, involves a gay employee, while the other, G.R. Harris Funeral Homes v. EEOC, concerns the firing of a transgender person.

In the lead case, Gerald Bostock was fired by the County of Clayton, Georgia, after he joined a gay softball league, revealing that he is homosexual. The county says it fired him after an audit indicated he had misused county funds, a charge that Bostock denies. His lawyers are arguing that “a person’s sexual orientation is a sex-based classification because it cannot be defined without reference to his sex.”

The Trump Administration is defending the employers in the three cases.

Among several Friend of the Court briefs is one filed by the United States Conference of Catholic Bishops, who argue that Title VII is “not fairly read to address sexual orientation, and that such a reading would create serious burdens on religious liberty, speech, association, and other constitutional and statutory values.”

“By forbidding workplace discrimination based on sex, Congress intended to level the playing field between men and women. Differential treatment based on ‘sexual orientation,’ however, does not expose women to disadvantageous terms or conditions to which men are not exposed (or vice versa). Therefore, it is not sex discrimination,” the USCCB brief argues.

Construing the term “sex” to include “sexual orientation” will create conflicts with many religious believers and with their institutions, they warn. “Such an interpretation will affect the ability of churches and faith-based schools and charities to hire and retain employees who, by word and conduct, accept or at least do not contradict the organization’s religious message.”

Another case that the high court will take up this year is Espinoza v. Montana Department of Revenue.

Espinoza is about whether it violates the religion clause or the equal protection clause of the United States Constitution to “invalidate a generally available and religiously neutral student-aid program simply because the program affords students the choice of attending religious schools,” Scotusblog explains.

Richard W. Garnett, Professor of Law at the University of Notre Dame, explained that the Montana Supreme Court ruled that the no-aid provision of that state’s constitution “does not permit needy families that choose religious schools to participate in an otherwise available tax-credit scholarship program created by the Montana legislature.”

Several friend of the court briefs noted that the state constitutional provision is one of several so-called “Blaine Amendments” dating from the 19th century prohibiting state aid to religious schools. The U.S. senator who inspired such state amendments, James G. Blaine, was seen to have been capitalizing on an anti-Catholic sentiment of the time.

Second, the provision “imposes a status-based prohibition that begets a structural disadvantage for religious individuals and organizations operating alongside secular peers, from schools to soup kitchens,” Becket contends.

A third case the Supreme Court might take up is Fulton v. Philadelphia. The City of Philadelphia stopped referring foster children to Catholic Social Services of Philadelphia in March 2018 and threatened to exclude the agency from the city’s foster care system. “As a Catholic agency, CSS cannot provide written endorsements for same-sex couples which contradict its religious teachings on marriage,” said the Becket Fund in its application for the high court to take the case.

The issue before the court is whether Philadelphia discriminated against Catholic Social Services and its foster parents by preventing the agency from serving children and families consistent with the agency’s religious beliefs.

When in April of this year, a federal appeals court ruled in favor of the city, Leslie Cooper, deputy director of the ACLU’s LGBT & HIV Project, commented, “This is a victory for the thousands of children in Philadelphia’s child welfare system. Many of those children live in group homes, are separated from siblings, or age out of foster care without ever becoming part of a family because of the shortage of foster and adoptive families to care for them. Prospective foster and adoptive parents should be judged by their capacity to provide love and support to a child, not the religious views of a tax-funded agency.”

But Becket, in its brief to the high court, countered, “CSS’s beliefs about marriage haven’t prevented anyone from fostering. Philadelphia has a diverse array of foster agencies, and not a single same-sex couple approached CSS about becoming a foster parent between its opening in 1917 and the start of this case in 2018. Despite this history, after learning through a newspaper article that CSS wouldn’t perform home studies for same-sex couples if asked, the City stopped allowing foster children to be placed with any family endorsed by CSS.”