The manuscript, along with sacred texts from the world’s great faiths, is available to peruse online.

The British Library, as part of an initiative to digitize ancient manuscripts from the world’s great religions, has made the oldest surviving complete copy of the New Testament available online.

Handwritten over 1,600 years ago in the middle of the 4th century, the Codex Sinaiticus contains the Christian Bible in Greek. The New Testament appears in the original vernacular language, a dialect of Greek called koine. The book, which originally comprised over 1,460 pages, also contains the Old Testament text, known as the Septuagint. 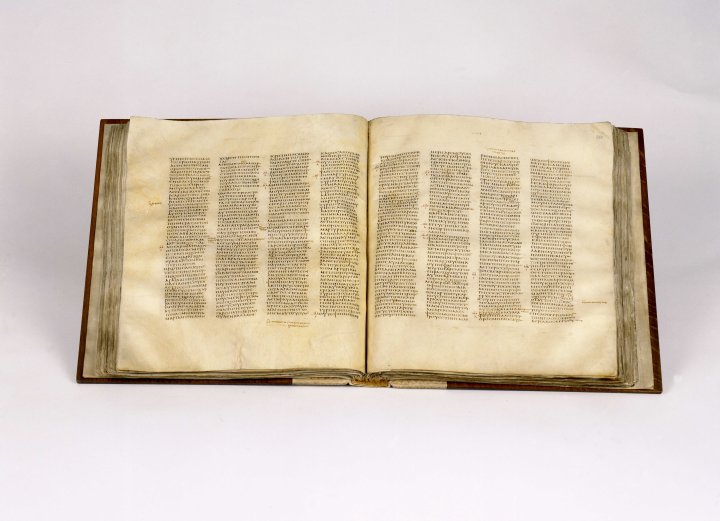 The book owes its name (and its continued existence) to the place where it was preserved for centuries —St. Catherine’s Monastery near the foot of Mount Sinai in Egypt. Only half of the original book survived, and portions are now housed in four institutions — St. Catherine’s Monastery, the British Library, Leipzig University Library in Germany, and the National Library of Russia in St. Petersburg.

The Codex Sinaiticus is one of the two earliest sacred manuscripts that contain the full canon of the Christian Bible in one volume. Prior to its production, ancient scribes created separate books containing only a few texts. According to the British Library, the Codex is the result of Emperor Constantine the Great’s attempt to define which texts could be read as sacred scripture.

The British Library purchased its 694-page section of the Codex in 1933 from a cash-strapped Soviet Union.

In addition to the Codex, other sacred texts from Christianity, Buddhism, Hinduism, Islam, Judaism, Sikhism and the Baha’i Faith, Jainism, and Zoroastrianism have been digitized and can be accessed as part of the “Discovering Sacred Texts” project at the British Library’s website.