“If you have faith the size of a mustard seed …” What kind of faith is the Gospel referring to? 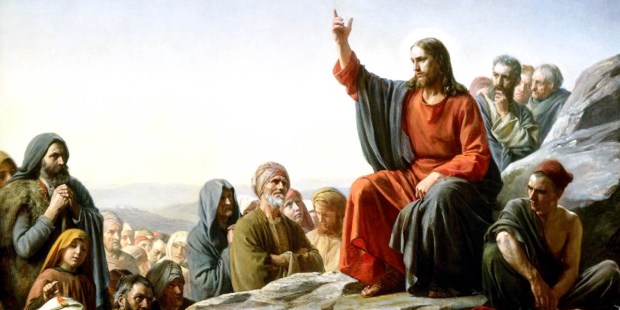 A look at the Greek and Hebrew words for “faith” can help us understand the mustard seed’s metaphor.

“The apostles said to the Lord,” we read in Luke’s Gospel, “increase our faith.” As usual, Jesus gives them a somehow unexpected answer. Far from instructing them in fundamental theology, handing them over a copy of the Catechism, or asking them for a bit of time to write a spiritual treatise, Jesus replies with a concise, striking image:

The Lord replied, “If you have faith the size of a mustard seed, you would say to this mulberry tree, ‘Be uprooted and planted in the sea,’ and it would obey you.”

What kind of “faith” is Jesus referring to? He doesn’t seem to be telling the apostles they need to “know more” about the basic principles of faith, nor highlighting the nutritional values of mustard.

The Hebrew word for faith is emuna.  In an article published in 1953 in The Journal of Bible and Religion, Edmund Perry refers to a passage we find in the book of Habakkuk (2, 4) in which we read “the righteous shall live by his faith.” In the original Hebrew, the word used in this passage is emuna. Even if the word is commonly translated as “faith,” Perry claims it might be better to translate it as “faithfulness” instead.

This apparently small shift from “faith” to “faithfulness” indicates something interesting: faith is something active, an always-ongoing activity that is equivalent to a stable condition. Just as a good carpenter is entirely devoted to his craft to the point of becoming a master, and we confidently sit in the chairs he builds trusting they won’t break, emuna implies one is trustworthy, steadied. Perry shows the root of the word (mn) is related to other verbs that denote “support,” “to carry,” “to hold,” “to care for,” implying this “faith” is something one has supported, carried, and cared for. And in fact, this is also the root for the word “craftsman” as “being a person one trusts with something” (omanim), “the one who is trusted,” thus suggesting trust is something one builds, but also something one has to be actively engaged with.

When the word emuna appears next to another one, this dimension of its meaning can be better appreciated: for instance, when it appears next to the word “love” (hesed), it becomes “steadfast love” (as in Psalm 107). What this means is that faith is, first and foremost, a matter of trust: emuna means steadfastness, a long-continued fidelity to whatever one is bounded to, dependability.

In the end, it is a matter of trust: when one knows someone has been constantly loyal, one cannot but trust that person. That was Israel’s experience of God: a God who, because of his concrete actions, has been proven to be loyal to his promises. In fact, when one reads the book of Exodus (for example) one finds the Israelites lacked not belief in God but trust. Exodus 14:31 is a classical passage in which we find this difference between belief and trust, often lost in translation. In the New Revised Standard Version we read:

“Israel saw the great work that the Lord did against the Egyptians. So the people feared the Lord and believed in the Lord and in his servant Moses.”

However, in some other translations, we read:

“When the Israelites saw the great power the Lord had used against the Egyptians, they feared the Lord, and they trusted him and his servant Moses.”

It is clear, then, the meaning of emuna implies trust in someone because one has seen that person is indeed reliable. It is only reasonable we assume this is the kind of faith Jesus had in mind. But what about the Greek used in the Gospels?

The Greek word for faith, the one we find used in the Gospels, is pistis. This Greek pistis derives from the word for “persuasion,” peitho. In his book “Persuasion in Greek Tragedy: a study of peitho,” R.G.A. Buxton explains how the persuasive word for classic Athenians was a fundamental component of everyday life: politics, love, morality, philosophy, even medicine, were all entangled in rhetoric. In fact, as Buxton himself writes, “it would be wrong to underrate the role of peitho, particularly in Athens. For Athens was a city dominated by the power of the word. Her literature of the classic period is almost as full of argument, discussion, and debate as real Athenian life must have been […] philosophers reflected on it, orators exalted it, dramatists presented its strengths and inadequacies in the theatre.” In short, the idea is that a convincing, persuasive argument leads to one’s trusting it: when considered in its entirety, such discourse leads one to fully assent and accept it as reliable. One might even say that what the Hebrew emuna is to action, the Greek pistis is to words.

Is it possible, then, the authors of the Gospels saw in Jesus’ reference to the mustard seed an invitation to fully trust God’s deeds (emuna) as much as his words (pistis), by introducing a classic Greek notion in a distinctively Hebrew context.