US bishops elect immigrant as their leader 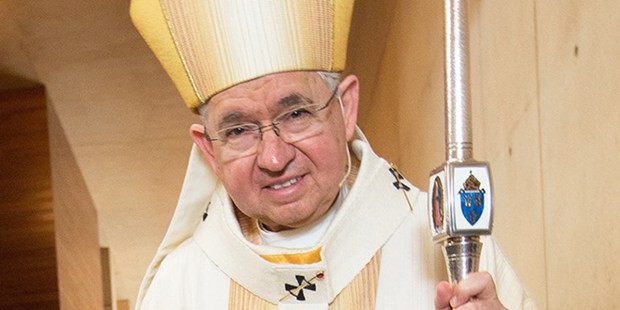 Archbishop Jose Gomez, 67, was elected president of the United States Conference of Catholic Bishops for a three-year term. He was already serving as vice president, under Houston’s Cardinal Daniel DiNardo.

The native of Mexico, who is a member of Opus Dei and was ordained a priest in Spain, will be the first Latino and the first immigrant to lead the episcopal conference.

The archbishop was given a standing ovation from his brother bishops after it was announced that he had received 176 of the 238 votes in the first ballot. It is, however, somewhat customary for the vice president of the episcopal conference to go on to be elected president.

You can read the weekly column that Archbishop Gomez writes for the archdiocesan web site here. Read an interview from CNA, including Gomez’s take on Pope Francis, here.

Read more:
Archbishop Gomez: “Return to Guadalupe” to save America