The Church’s own “wisdom from grandpa” is worth memorizing 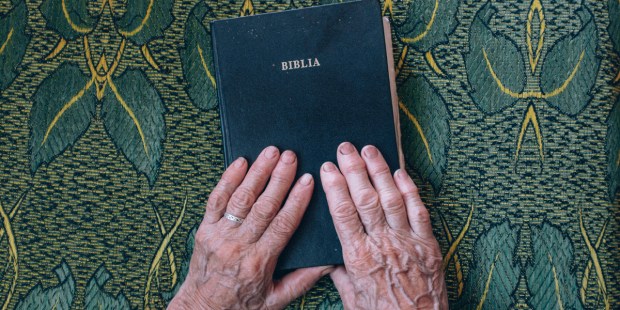 Known as the Fathers, not the grandfathers, these saints and scholars of our early history continue to guide us.

“As my mother always used to say …”

“As my father always used to say …”

“I remember that Grandpa always said …”

Every family has oral traditions—maxims, anecdotes, proverbs, etc., that convey history, experience, values and love. Part of being a family is handing on faithfully the family’s accumulated wisdom from one generation to the next. (Religious communities and military units do something similar.)

What about the Church? Does the Church have a body of “quotable quotes” (to borrow a phrase from the old Reader’s Digest magazine of my childhood) that should be passed on from one generation to the next?

The Church has accumulated a long list of venerable guides, known for the piety, sanctity, wisdom and antiquity—sages who ranged from the earliest history of the Church, who were disciples of the Apostles, up to (depending upon which list you consult) the Second Council of Nicaea (787 A.D.).

Their accumulated writings fill many volumes of Latin and Greek. What they wrote has inspired saints and scholars for centuries. These sages of renown are known as the Church Fathers.

Read more:
Was this saint the last of the Church Fathers?

Some of the more sprightly quotes from the Fathers can and should be committed to memory. They can spice up conversation and correspondence. And they can provide an inoculation against doctrinal confusion, as well as cautionary advice for those who are trying to negotiate with sin “just this once.”

In no particular order, here are some memorable and quotable quotes. You can tag them, “As our Fathers always said …”

“No one can have God for his Father, who has not the Church for his mother.”  St. Cyprian of Carthage

“God hates those who praise themselves.” St. Clement of Rome

“You cannot put straight in others what is warped in yourself.”  St. Athanasius of Alexandria

“Patience is hope with the lamp lit.” Tertullian

“If the Tiber rises too high, or the Nile too low, the remedy is always feeding Christians to the lions.” Tertullian

“It is impossible for one to live without tears who considers things exactly as they are.” St. Gregory of Nyssa

“The business of the Christian is nothing else but to be ever preparing for death.” St. Irenaeus of Lyons

“Whosoever you are who introduce new doctrines, I beseech you to spare the ears of Romans!” St. Jerome

“Shun, as you would the plague, a cleric who from being poor has become wealthy, or who, from being nobody has become a celebrity.” St. Jerome

“Let no one mourn that he has fallen again and again; for forgiveness has risen from the grave.” St. John Chrysostom.

Jot them down; commit them to memory; find your own favorite quotes from the Fathers, and share them far and wide.

When I write next, I will offer some reflections on the Holy Grail. Until then, let’s keep each other in prayer.

Read more:
5 Quotes from the Church Fathers on the beauty of Christmas