Pope’s former student will be his translator in Japan 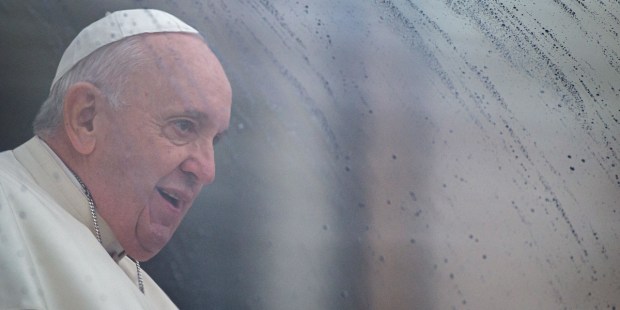 Father Renzo De Luca has been a missionary in Japan for 35 years; he studied in Argentina under Rector-Father Bergoglio

During Pope Francis’ time in Japan from November 23 to 26, a former student will be the one doing simultaneous translation.

The future Pope Francis was the rector of the Jesuit study center where Father Renzo De Luca studied in Argentina before he was sent as a missionary to Japan.

Thirty-five years later, Fr. Renzo is the Provincial Superior of the Jesuits in Japan. He will translate the pope’s every word into Japanese for the faithful to follow.

In an interview with Vatican Radio, Fr Renzo said he has seen the pope twice in the last six years and that he feels “really at home with him.” The last time they met in the Casa Santa Marta, Fr Renzo said the two embraced like old friends.

“When I met him, he said, ‘Hola, Renzo!’ and I said, ‘Hola, Jorge! ¿Cómo estás?,’ and we were together for the whole time, without any kind of protocol.”

But what about acting as an interpreter?

“When it comes to translating,” Fr Renzo said, “I don’t know how much I will have to work there on the spot. But I’m really happy and honored to do that.” The pope will be speaking in his native Spanish throughout the visit, so off-the-cuff remarks might proliferate, if past experience is any guide.

Read more:
Francis will get to visit his 2nd cousin in Thailand during trip next week

Fr. Renzo said he and other Catholics are amazed at how much media coverage Pope Francis’ visit is getting in Japan.

He has had so many requests for interviews, he said, that he and another Argentine Jesuit held a press conference, which 38 media outlets attended. Even secular media turned out for it, including the national broadcaster NHK and Yomiuri Shimbun, a national newspaper.

“So many people are really interested, and they have a lot of news. They are following what the pope says and where the pope goes. I think the expectations are very high.”

Fr. Renzo said people in Japan are wondering what Pope Francis will have to say “to a non-Catholic country like Japan, and also what he’s going to say about peace, atomic energy, and nuclear disarmament. Topics that are very crucial in Japan.”

The Holy Father already began to address those very issues in his vide message to the Japanese people.

Read more:
Pope to Japanese: With you, I pray nuclear weapons will never be used again

Pope Francis follows in the footsteps of his predecessor, Pope St John Paul II, who visited Japan in February 1981.

That visit, according to Fr. Renzo, “changed the image that the Japanese people have about the Church.”

He expects this Apostolic Journey to have a similar impact, depending on the pope’s message regarding “migration, the death penalty, and the high rate of suicide.”