Four years after atomic bombing, a Mass took place in the ruins of Nagasaki

Pope Francis will visit Japanese port city. He has been preceded by a long line of witnesses.

Pope Francis will be in Japan this week, visiting sites that are rich in history. Aside from the atomic bombings of two cities where he will be—Hiroshima and Nagasaki—the pope’s visit also should call attention to the history of the Catholic faith in Japan, which goes back centuries. 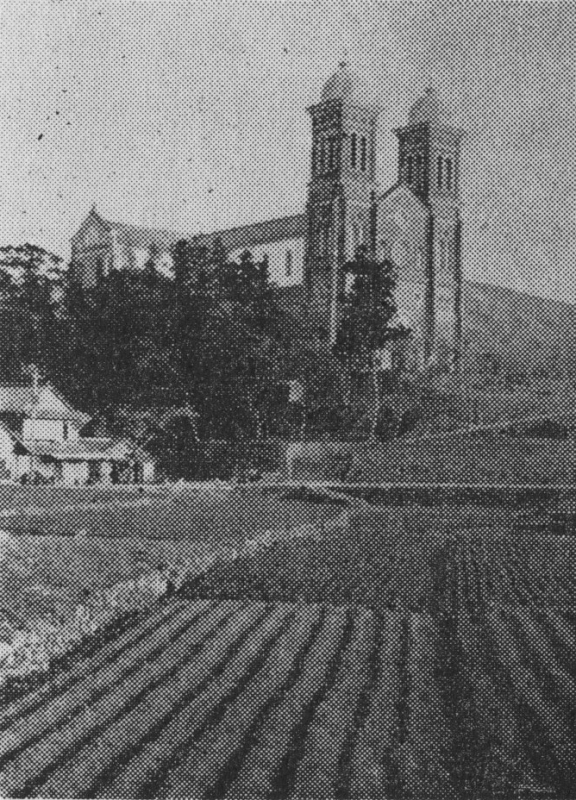 That history was highlighted in a public event in 1949, when much of Nagasaki was still in ruins, only four years after the United States dropped a plutonium implosion bomb on the city. Archbishop Paul Aijirō Yamaguchi of Nagasaki celebrated a Pontifical Mass in honor of the 400th anniversary of the arrival of St. Francis Xavier to Japan. The Mass took place amid the ruins of Nagasaki Cathedral and concluded with veneration of a reliquary containing the right arm of St. Francis Xavier. The right arm is significant: it would have been the one that baptized people. It is thought that St. Francis Xavier baptized more people than anyone else in history.

Ahead of Pope Francis' visit to Japan, some striking images of the Pontifical Mass in 1949 in honor of the 400th anniversary of the arrival of St. Francis Xavier and Christianity in Japan, in the ruins of Nagasaki Cathedral, the Rome of the East, devastated by an atomic bomb. pic.twitter.com/aLyp21WgHh