Watch this inspiring “Concert for Hope” for prison inmates 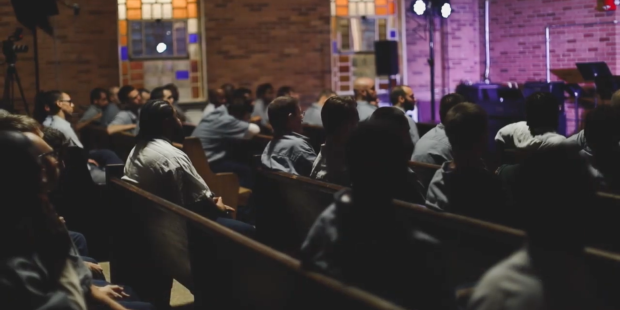 Composer and pianist Eric Genius travels around the country playing free concerts for the incarcerated.

Classical musician Eric Genius trained at the Royal Conservatory of Music in Toronto and Berklee College of Music in Boston. He travels all around the world performing his original music, which his website describes as “classical in form, but with a modern feel.”

In 2016, Genius decided to share his gifts with those who, perhaps, are most in need of them. He launched “Concert for Hope,” a charitable initiative to bring hope and light, to a population most in need of it — prison inmates.

Last month, Dominick Albano of the Catholic Telegraph accompanied Genius through the gates of “the towering chain-link fences and sterile cinder block walls” of the Lebanon Correctional facility, where Genius was to perform a concert organized by the Archdiocese of Cincinnati.

After the concert, Genius shared with thought about what music has to offer the incarcerated.

“So many of these men have never been introduced to beauty and goodness, and they are so rarely treated with dignity. I hope that, through this experience, they get a taste of higher things and a higher life and experience the mystical, profound, dignity that they were born with,” he told Albano.

You can watch the concert (see video below), and read the rest of Albano’s story in the Catholic Telegraph.