This exhibition has been staged in Rome for 44 years.

Pilgrims and tourists in Rome now through January 12 won’t want to miss the Vatican’s free exhibition ofNativity scenes from all over the world.

The “100 Presepi” exhibition, which is Italian for “100 Cribs,” has been held annually in Rome since 1976, when Manlio Menaglia brought the event to Rome’s Piazza del Popolo area. 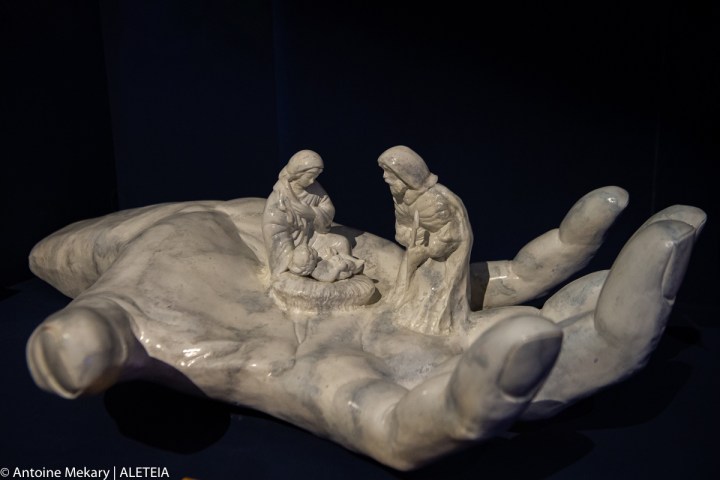 According to Vatican News, Menaglia came up with the idea of the exhibition when he noticed more and more people celebrating with Christmas trees, rather than carrying on the Italian tradition of creating Nativity scenes to represent the birth of Jesus Christ.

He pulled together a diverse collection of Nativity scenes, reflecting the tradition in which each family builds a scene according to their particular tastes.The “100 Cribs” exhibit moved to the Vatican in 2018, after financial constraints made it difficult to continue at the Piazza del Popolo.

This year’s exhibit brings together more than 130 Nativity scenes, including everything from works of art created the Neapolitan school in the 18th century to some created by elementary children.

The first Nativity scene is attributed to St. Francis of Assisi, who was said to have created one in 1223 in the Italian town of Greccio, using a live donkey and ox around a manger scene.Earlier this month, Pope Francis visited the site of St. Francis’ Nativity scene, where he stopped to pray, and sign an Apostolic Letter on the importance of the Christmas crèche.

Pope Francis said that gazing upon the Nativity scene reminds us of God’s love, as shown in the gift of his Son.

The Nativity scene is a “simple and enchanting image” that manifests the great mystery of our faith: “God loves us to the point of sharing our humanity and our lives. He never leaves us alone,” said the pope.

The exhibit is located at Sala San Pio X in in Via della Conciliazione 7. It is open every day through January 12,from 10 a.m. to 8 p.m. On Christmas Eve and New Year’s Eve, it will close at 5 p.m. Entry is free and no reservation is required.