Good King Wenceslaus was not only good, he was real, too 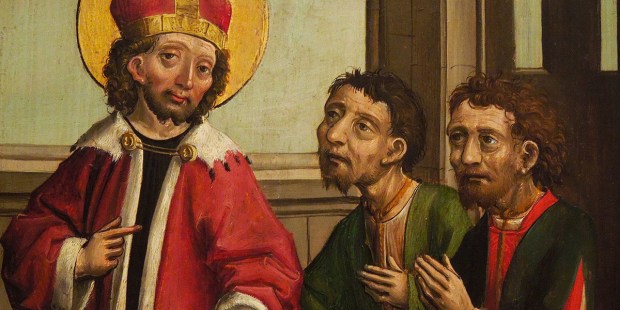 Duke of Bohemia was baptized by a disciple of St. Methodius.

There is no mention in the encyclopedia entry for St. Wenceslaus of he and his page bringing “flesh and wine and pine logs” to a poor man he saw trudging through the snow “on the feast of Stephen.” Those details, which we all know from the Christmas carol, are thanks to the imagination of 19th-century hymn-writer John Mason Neale.

But “Good King Wenceslaus” was indeed a historical figure, though the annual remembrance of him in the carol might make him seem like a post-Christmas Santa Claus.

Born around the year 907 in Stochov, near Prague, Wenceslaus, also known as Vaclav, was reared a Christian by his grandmother, St. Ludmila. Her chaplain, a priest named Paul, was a personal disciple of St. Methodius, one of the “Apostles to the Slavs.” It was this priest who baptized Wenceslaus and helped Ludmila to bring him up in the faith.

He was still young when his father was killed fighting the Magyars. Wenceslaus’ mother, Drahomira, a pagan, acted as Wenceslaus’ regent until he came of age in 924 or 925. She pursued a secularist policy.

“Her court intrigues and the wishes of the people to end the conflict between Christian and non-Christian factions in Bohemia led Wenceslaus to take the reins of government,” the Encyclopaedia Brittanica tells us. “As duke, he was pious, reportedly taking the vow of virginity, and encouraged the work of German missionary priests in the Christianization of Bohemia. His zeal in spreading Christianity, however, antagonized his non-Christian opponents.”

The Catholic Encyclopedia says that Wenceslaus favored the Latin rite over the old Slavic, “which had gone into disuse in many places for want of priests.”

Faced with German invasions in 929, Wenceslaus submitted to the German king Henry I the Fowler. His submission provoked some of the nobles to conspire against him, and they prompted his younger brother, Boleslav (Boleslaus), to murder him. Waylaid by Boleslav en route to Mass, Wenceslaus was killed at the church door [in Stara Boleslav].

But reportedly, the slain ruler interceded for those in need from beyond the grave: miracles took place at his tomb, prompting the wicked brother to transfer his body to the Church of St. Vitus in Prague. That church became a pilgrimage site in the Middle Ages.

“Wenceslaus was regarded as Bohemia’s patron saint almost immediately after his assassination,” the encyclopedia says. His feast day is celebrated on September 28, the anniversary of his death. He is patron saint of the Czech Republic.

Although he was a duke, he is referred to as a king because the Emperor Otto I conferred on him the regal dignity and title.

During his 2009 visit to the Czech Republic, Pope Benedict XVI called Wenceslaus “a martyr for Christ” who “had the courage to prefer the kingdom of heaven to the enticement of worldly power.”