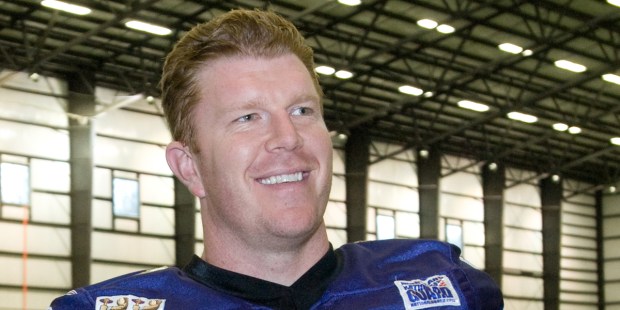 Unity HS will emphasize virtues as much as academics.

Pope St. John Paul II had a “rich philosophy of the dignity of the human person,” and St. Teresa of Kolkata “took that theology and put it into practice,” said a man who is co-founding a Catholic high school where both attributes will be the guiding principles in the education of young people.

“In my mind, I see them as both the hands and the heart at work together,” said Tom Bengston, co-founder of Unity High School in Burnsville, Minnesota.

Bengston and Matt Birk, a retired football player who played with the Minnesota Vikings and Baltimore Ravens, are planning to open the school’s doors this in the fall of 2020.

What motivated Birk and Bengston, who owns a small publishing company, was their view that American education places an unhealthy emphasis on testing, to the detriment of forming virtuous young men and women.

“As the U.S. keeps falling on the global list of test scores, we just keep focusing more and more on the testing,” Birk told Catholic News Agency. “Character has been pushed out of mainstream education because it is all about the test now,” he added.

Birk added that while not every student will go on to college, every young person can be formed for success. “If we are only doing it to show how well we can take a test, what’s the point?” he commented. “If you go to an Ivy League school, is that a guarantee to a great life? No, no it’s not. I would say the most important thing to me … is that they would have a firm foundation in their Catholic faith, that would be number one, and then, number two, I would say to be equipped with some skills to be able to help them with whatever path they choose.”

Birk said the school will “be vigorously Catholic,” including opportunities for students to engage with an instructor who can foster “interior life and their personal relationship with Jesus.”

Located at Mary, Mother of the Church Parish in Burnsville, the school will emphasize both academic and practical skills, and thus its two patron saints: John Paul II and Mother Teresa.

“John Paul II had all this rich philosophy of the dignity of the human person, which we will be teaching at Unity High School, including Theology of the Body,” Bengtson said. “Then you got someone like Mother Teresa who took that theology and put it into practice—reached out to the poorest of the poor and saw dignity in folks who were in extremely dire circumstances.”

“In my mind,” he said, “I see them as both the hands and the heart at work together.”