The grocery carriers chosen by Thai shoppers range from the practical to the absurd.

The Southeast Asian country of Thailand has recently instituted a ban on single-use plastic bags. This means that grocers and convenience stores no longer offer a means to tote their purchases home. In response to the new law, the people have been left to devise their own means of transporting these goods, and some of them were incredibly clever.

The ability of the Thai people to think outside the box — or perhaps outside the bag — was documented on a Facebook album of 77 photos that has since gone viral. The photos show carrying methods that range from practical cloth tote bags to some extremes, like wheel barrows and large cases of luggage.

Baskets of all sizes are employed to carry people’s much-needed sustenance, which gives the kids a chance to help, as some of the photos show children holding small baskets filled with some of the lighter grocery items. The photos are as heartwarming as they are entertaining, because every one of the shoppers is smiling, as though they are all in on the joke and thrilled to be taking part.

NBC News reports that the plastic bag ban came after several ecological factors were brought to the nation’s attention. The most famous of these is the instance where a deer was found to have 7kg of plastic bags in its stomach. They go on to cite a Greenpeace study, which found that Thailand discards 75 million plastic bags, each year.

The ban was implemented at the start of 2020, and it was only aimed at major retailers, but they are expected to turn it into a nationwide ban on single-use plastic bags by 2021.

Take a look at the slideshow to see some of the most inventive ways to carry your groceries. 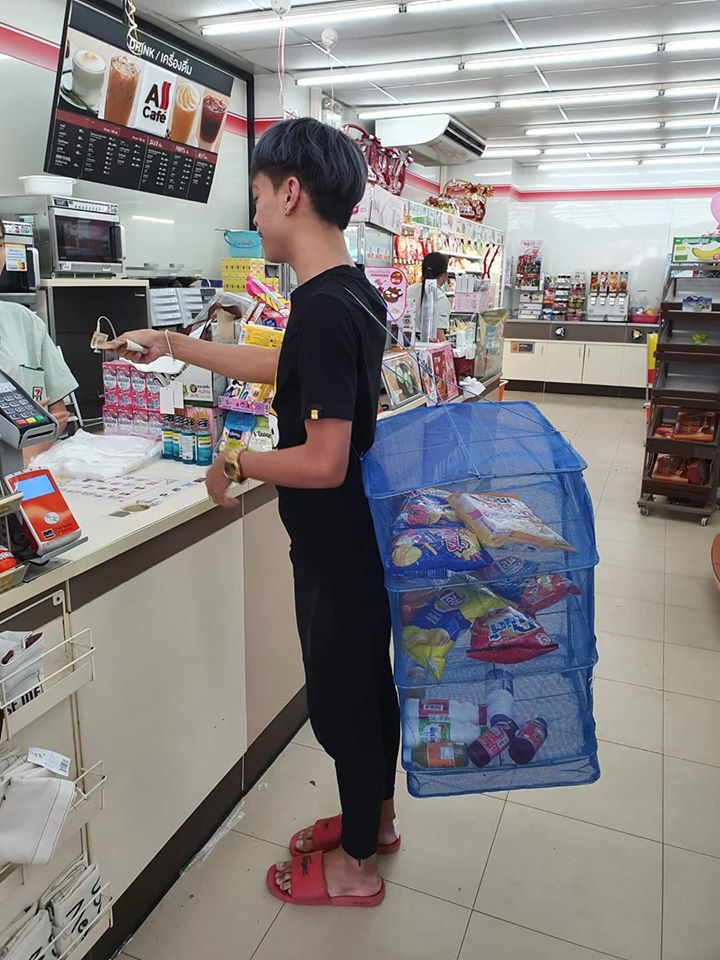