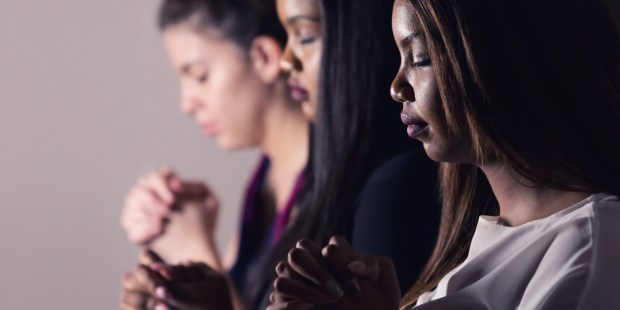 A study found that the number of Catholics calling themselves “born again or evangelical” increased by 85% since 2008.

There’s been a recent trend of Catholics identifying as “born-again,” a term that has become loaded with both religious and political connotation. But in spite of evidence suggesting that the upward trend has been caused by political trends, a political scientist maintains that the trend is more faith-based than anything.

“We can see that for both Republicans and Democrats the more frequently they attend church the more likely they are to identify as born-again,” writes Ryan Burge, who teaches at Eastern Illinois University, at the website Religion in Public. “The model predicts that a Catholic who never attends is only about 5% likely to identify as born-again, while about a quarter of Catholics who attend multiple times a week would identify as a ‘born-again or evangelical’ Christian. The other noteworthy thing here is how small the differences in estimates are for the Republicans and Democrats. The lines never deviate more than 4% and at the top end of the attendance scale, there’s no statistical difference in the estimates for Republican and Democratic Catholics. It seems that the rise in born-again Catholics is based more on religion than politics.”

In 2008, the share of Catholics who said that they were “born-again or evangelical” was at 8.9%. “However, from there we see a steady and unbroken rise, when it reaches its apex in 2016 at 16.4%,” Burge rerouted, basing his study on the Cooperative Congressional Election Study. “That’s an 85% increase in the number of born-again Catholics.”

It’s also a time period that coincides with the two terms of President Barack H. Obama. Might the upward trend be in response to the Obama administration’s championing of liberal policies such as legal abortion and same-sex marriage?

“I don’t think it’s a coincidence that this figure was the lowest during Obama’s first election and at its peak during Trump’s victory in 2016,” Burge opined. “Since then, there’s been a modest decline: currently ~15% of Catholics believe that they are “born-again or evangelical,” down about a percentage point.”

According to the apologetics organization Catholic Answers, Catholics and Protestants agree that to be saved, you have to be born again. Jesus says in John 3:3, “Unless one is born again, he cannot see the kingdom of God.”

“When a Catholic says that he has been ‘born again,’ he refers to the transformation that God’s grace accomplished in him during baptism. Evangelical Protestants typically mean something quite different,” Catholic Answers says. “For an Evangelical, becoming ‘born again’ often happens like this: He goes to a crusade or a revival where a minister delivers a sermon telling him of his need to be ‘born again.’ … So the gentleman makes ‘a decision for Christ’ and at the altar call goes forward to be led in ‘the sinner’s prayer’ by the minister. Then the minister tells all who prayed the sinner’s prayer that they have been saved—’born again.'”

Burge looked at data from various angles—age, education, race. But what really jumped out at him was the correlation of Catholics identifying as “born-again” with their attendance at Mass.

He concluded saying he thinks the American public may see the term “born-again or evangelical” as more a label of religious devoutness, regardless of tradition, rather than a type of religious conversion. “That is: ‘born-again’ may be a shortcut for ‘really religious,’” he explained. “This interpretation is reinforced by the fact that 45% of born-again Catholics say that they attend church at least once a week, compared to just 25% of not born-again Catholics.”

“What’s curious, though, is that religious devotion in America has increasingly meant being more conservative politically,” Burge wraps up. “If that’s the case then we should have seen Catholic Democrats hesitate to embrace the label. So, that’s an unsatisfying conclusion. … Maybe ‘born-again’ needs to be seen as its own category, regardless of the religious tradition people select alongside it.”