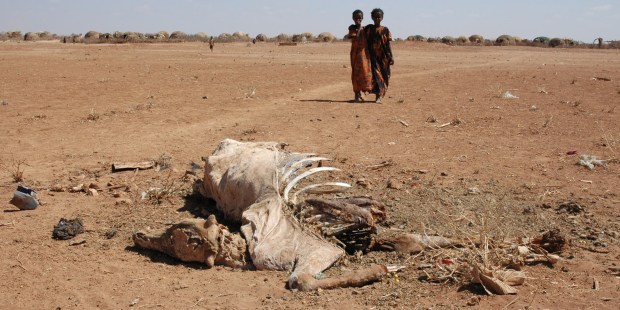 Catholic Relief Services tested the program in one of Africa’s hardest-hit countries to predict where aid should go.

Nearly seven million people in the southern African nation of Zimbabwe are at risk of going hungry as a result of successive droughts and rising inflation. Last year, the Famine Early Warning Systems Network (FEWSNET) predicted worsening drought and severe hunger in parts of the Horn of Africa and crop failures of up to 30 percent. Severe flooding displaced hundreds of thousands of people in land-locked Malawi in 2015. The flooding was followed by a severe drought.

That tool is called MIRA, or Measurement Indicators for Resilience Analysis. Funded by the United States Agency for International Development, MIRA was developed by CRS and  Cornell University. It was implemented in the context of CRS’ “United in Building and Advancing Life Expectations” (UBALE) program, which serves three of the poorest and most disaster-prone districts in Malawi. The project uses machine learning algorithms to predict the future level of food stress through rich, timely data that offers a snapshot of the shocks and stresses experienced by people in these districts.

The program helps the agency provide “timely targeting of assistance and other interventions,” CRS said in a 2017 report.

Eighty-four percent of Malawi’s population lives in rural areas and relies on subsistence agriculture, according to CIO magazine.

Materials from CRS describe the MIRA project as one that measures and predicts resilience among households prone to food insecurity one to two months out. “Data prediction is achieved with machine learning,” CRS said. “The goal is to be more proactive in identifying who is the most food insecure and respond in advance.”

“Surveyed households were selected based on their location on flood exposure maps,” the agency said. “Data is analyzed through a series of machine learning algorithms. These algorithms take into account baseline indicators captured from the first survey and the continuous indicators observed from monthly follow ups. Using this information, the algorithm is able to predict the following month’s probability of food insecurity for more targeted preparations and intervention included as part of the United in Building and Advancing Life Expectations (UBALE) program.