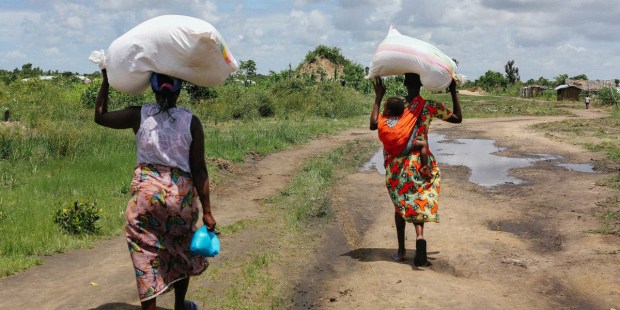 “What is happening is a disgrace,” the Bishop of Pemba laments, following the most recent attack in his diocese.

Last Monday, March 23, for several hours an armed group of terrorists attacked and occupied the port of Mocímboa da Praia, a town of around 20,000 inhabitants and the capital of the district of the same name within the province of Cabo Delgado, in the north of Mozambique.

According to local sources, the attackers burned public buildings, released prisoners from the local prison and patrolled the streets freely. As a sign of this demonstration of strength, the insurgents even raised the black flag, identifying themselves as members of the Islamic jihadist groups.

“They came and went as they pleased,” he said. “There was no effective response by the security forces. Many of them fled, because the attackers were more numerous than they were, leaving them free to help themselves to food, supplies, vehicles and military equipment. Some of the attackers were dressed in military uniform. The reinforcements that were called for arrived only after the attackers had dispersed,” the bishop explained to ACN.

”It is a tragedy. What is happening in Mozambique is a disgrace. It is a real shame that our people should be humiliated in this way,” he emphasized.

This attack might well mark a turning point in the growing instability that has been witnessed in northern Mozambique since October 2017. Until now the attacks have been mainly in the sparsely populated rural areas. On this occasion the insurgents staged a deliberate show of force in the district capital.

As a result, there is growing fear among the population. “They left a message that they would be returning,” Bishop Lisboa noted.

“The people are afraid. If they can attack Mocímboa, which is the largest town in the region, then the people of Palma, Mueda, and Macomia have reason to feel themselves in danger. The people are terrified; they were already frightened before, but now it’s worse.”

According to local press reports there were scenes of “chaos and panic” during the time that Mocímboa was under the control of the attackers, who unfurled black flags, even on major public buildings, identifying themselves with the Islamist jihadist groups.

Recently the Islamist terrorist group Daesh (ISIS) has claimed responsibility for other attacks in the province of Cabo Delgado. At the beginning of March they claimed responsibility via the Internet for the death of soldiers of the Mozambican army, following clashes with government forces. And earlier on February 19 at least four soldiers were killed in the small town of Chiculua, in the district of Palma, where it is thought that Daesh was responsible for burning a number of houses and looting shops and businesses.

Needless to say, the Catholic Church is following the unfolding situation with grave concern.

“The attacks this week have intensified the feeling of insecurity. Nevertheless, the Catholic Church will continue to stay close to the people, despite the obvious danger of further armed attacks,” Bishop Luiz Fernando assured ACN.