Why Heaven will be a union of friends, both old and new 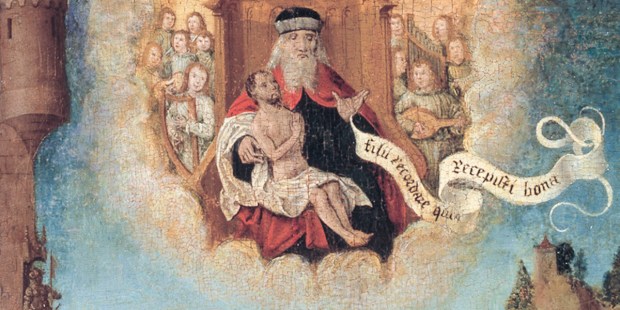 St. Gregory believed we would be able to recognize and talk to saints and other historical figures as friends in Heaven.

We know very little about Heaven, as it not so much a “place” as an unfathomable “experience.” It is ultimate union with God and that is difficult to put into words!

However, various saints have tried to imagine what Heaven will be like, using the Bible as a starting point.

For example, St. Gregory the Great looked at Jesus’ parable featuring the rich man and Lazarus. He notes how Lazarus is by the side of Abraham in Heaven.

When the poor man died, he was carried away by angels to the bosom of Abraham. The rich man also died and was buried, and from the netherworld, where he was in torment, he raised his eyes and saw Abraham far off and Lazarus at his side. (Luke 16: 22-23)

In his Dialogues, Gregory uses this Gospel episode as evidence that we will recognize each other in Heaven, even if we didn’t physically see each other on earth.

But there is something even more wonderful in store for God’s chosen ones. They will recognize not only those whom they knew on earth, but many saintly men and women whom they had never seen before will appear to them as old friends. And so, when they meet the saints of the ancient past, they will not appear unfamiliar to them, for they always knew them through their deeds. The saints behold God with a clarity common to all. Why, then, should anything be unknown to them in heaven where they know God, the all-knowing?

In this way, sharing an intimate union with God, we will be able to speak and converse with anyone else who is in Heaven, including those great historical figures and saints. We will not be nervous to speak with them, but it will be a profound meeting of friends.

Gregory even uses an episode in his life as an example, describing a monk he knew who had a similar vision before dying.

One of our monks, a holy man of very praiseworthy life, died about four years ago. In his last moments, as those present at his death testify, he saw the Prophets Jonah, Ezekiel, and Daniel, and called these great masters by name. Then, saying that they were approaching, he closed his eyes out of reverence for them, and so died. Now, if this man, still shrouded in corruptible flesh, could recognize the holy Prophets whom he surely never saw before, we can readily understand what our knowledge will be in the incorruptible life of eternal glory.

As we think about our own deaths, we can kindle within ourselves a greater desire for Heaven, looking forward to the day when we will be in union with God and have a chance to speak with the many saints we admired while on this earth.

Read more:
Why you should daydream about Heaven