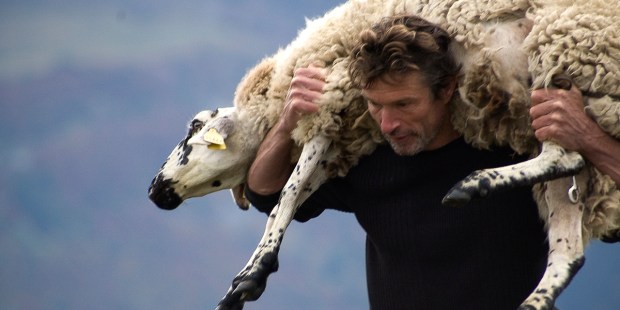 God never forces himself, and yet Peter’s message pierced to the heart. What did he say?

“Now when they heard this, they were cut to the heart…”

It likely wasn’t Peter’s eloquence that impressed his hearers. Nor did Peter have a societal position or wealth to attract attention. I find it hard to believe his physical appearance or the way he carried himself would have so affected the crowd.

And yet his hearers were pierced to the heart by his message.

In the language of the Scriptures, the heart is the person’s deepest center. The Catechism describes the heart, saying,

The heart is the core of the person; the very individual selves of those who heard the preaching of Peter were reached. But the hearers were not only touched; their hearts were pierced. Perhaps it was sorrow at their own sin that they felt? Grief upon recalling again the pains of the crucified Christ? Guilt for having jeered as He passed by? Fear of His wrath?

And what was Peter saying?

Looking back on my seminary studies, I heard years of truly excellent homilies from the preachers who taught and formed me. (Admittedly not everyone bats a thousand). And yet, if I’m being totally honest, I can recall the content of very few of those sermons. There are only a few that I really remember; and even then, I have carried more of an impression, a memory of having seen something, than an outline of the preaching or a story.

This is the effect of sound preaching. To communicate sacra doctrina, the saving truths of the faith, in such a way that those who hear them embrace them. The doctrines become so deeply ingrained in one’s heart that they pervade one’s own being. Preaching washes over us, shaping us slowly, like the Colorado River carving the Grand Canyon.

And still, that day, Peter’s preaching demanded a response.

Peter announced the Gospel. Peter told the crowd how the Lord of Glory willingly submitted to human torments for the reparation of sin. And his hearers were cut to the core. They found themselves saying to Peter and the other Apostles, “What are we to do, my brothers?”

God is always ready to pierce the depths of our hearts, but He will never invade. God doesn’t force our will. As we hear the Gospel proclaimed time and time again, our freedom is never surrendered.

St. Thomas Aquinas bluntly reminds us that we have free will, saying, “Man has free-will: otherwise counsels, exhortations, commands, prohibitions, rewards, and punishments would be in vain.”

What are we to do, my brothers and sisters?

We must cooperate with the graces that God is pouring forth into our hearts. As the COVID-19 pandemic continues to disrupt economic stability and sow political and social chaos, we have to arm our hearts against the messages that threaten our inner peace and seek those that strengthen us. What are we watching? Listening to? Reading? Is it really good for my soul?

The voice of the shepherd is calling you.

The earliest Christians preferred to depict Christ as Good Shepherd. The raw pain and societal stigma against images of the crucified Christ endured for centuries. And yet the crucifix shows how far the shepherd is willing to go for the sheep. He is the shepherd who dies for the fold.